Young cisgender males presenting themselves as feminine gender are primarily referred to as Femboys. The presentations by the femboys are unique and not similar to the gender expression of cisgender women. Femboys are mainly seen in the gay and bisexual community. They are also referred to as feminine straight men. The femboys embrace their feminine side while still having a masculine presence. They are generally not homosexual, but they find themselves attracted to other feminine males or people who do not judge them for their gender expression. 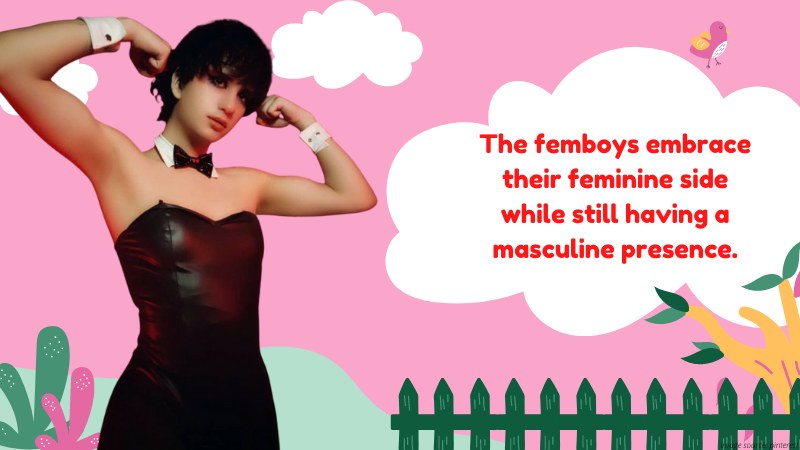 There are different types of femboys, including the sissy femboy, tomboy femboy, the kawaii femboy, the bimbo femboy, and many others. The feminine traits they display are not only limited to their physical features but also their behavior and attitude towards life.

Crossdressers are becoming more popular in the media over time. Television shows such as “Will & Grace,” “Torchwood,” “The L Word,” and “Queer As Folk” feature characters who are either closeted or openly transgender or nonbinary people who crossdress for various reasons including sexual pleasure, comfort, or self-expression. We will discuss the details of some of these types of femboys in the next section.

Contents
1. The Androgynous Femboy
2. The Sissy Femboy
3. The Tomboy Femboy
4. The Bimbo Femboy
5. The Kawaii Femboy
6. Which type of Femboy are You? 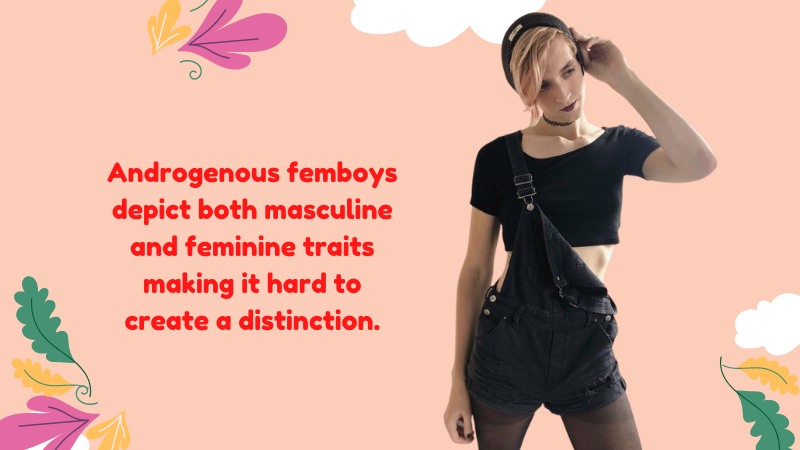 Androgenous femboys depict both masculine and feminine traits making it hard to create a distinction. The natural characteristics also come out as both male and female traits. The appearence is a typical case among intersex people. A person born with the genetic characteristics of both sexes is called intersex. The definition of intersex includes biological characteristics that are not typically male or female. The trait could be due to fetal chromosomal and hormonal variations during the development period 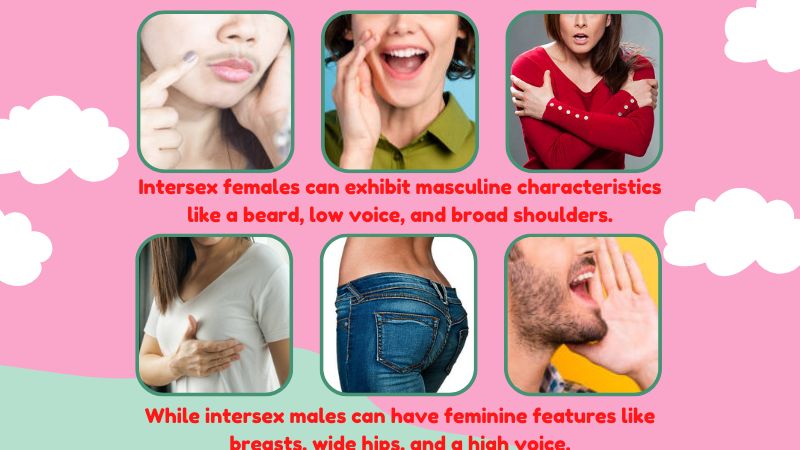 Intersex females can exhibit masculine characteristics like a beard, low voice, and broad shoulders, while intersex males can have feminine features like breasts, wide hips, and a high voice. The androgynous femboy can be of any age, but the biological characteristics are exhibited during puberty. The androgynous males can be either gay or bisexual. They may also be attracted to members of both sexes, but they do not have a preference for one sex over another. 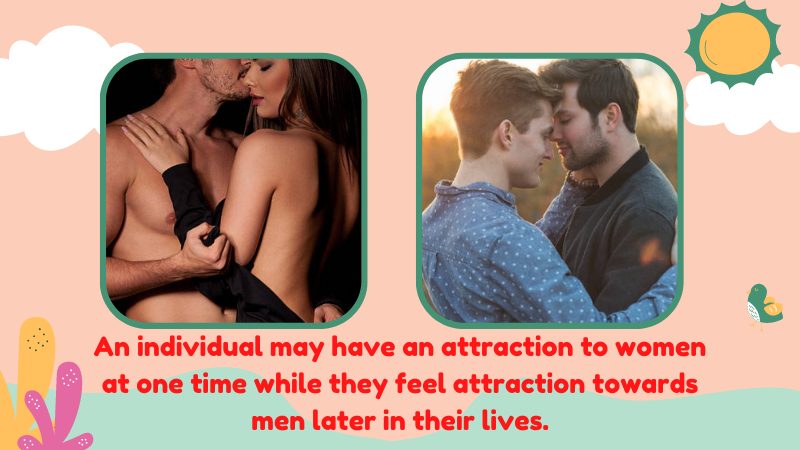 In some cases, an individual may be attracted to both sexes at different times in life. An individual may have an attraction to women at one time while they feel attraction towards men later in their lives. Such changes make it hard for researchers to understand this phenomenon as no specific pattern determines this behavior. 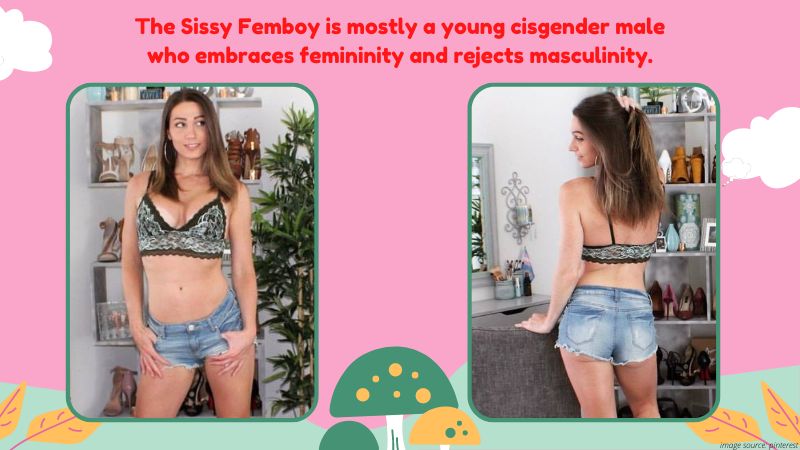 The Sissy Femboy is mostly a young cisgender male who embraces femininity and rejects masculinity. The sissy femboy is usually seen as feminine, and it is not easy for him to be accepted by people around him. He is often bullied in school, which prevents him from socializing with others. The bully traits lead to low self-esteem, making him want to be feminine more than masculine. 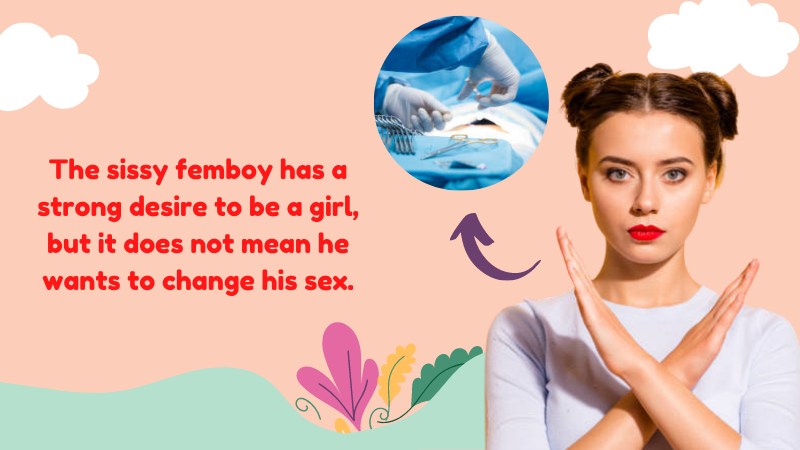 The sissy femboy has a strong desire to be a girl, but it does not mean he wants to change his sex. He wants to have the same rights as women do in their society. Sissy femboys are usually attracted to butch lesbians and tomboy femboys because they are more accepting of their gender expression than heterosexual males. 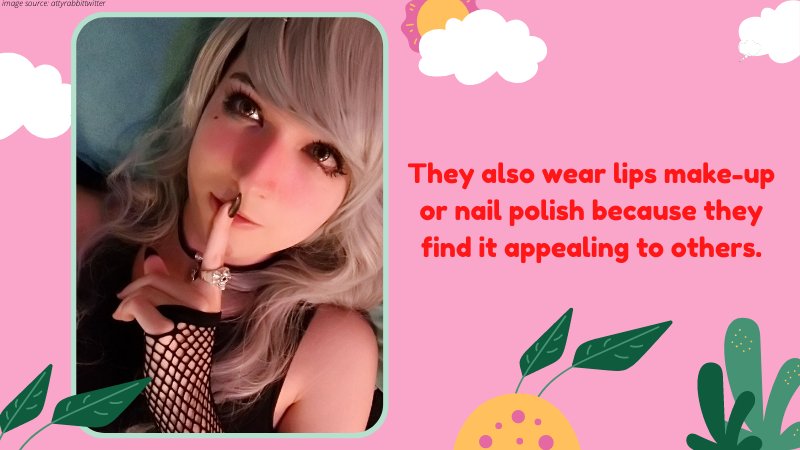 Sissy femboys also dress up in female clothing because they feel comfortable doing so, and they find themselves attractive while doing so. They also wear lips make-up or nail polish because they find it appealing to others; this helps them accept their feminine appearance. The sissies admire women who are confident with their appearance, making them want to embrace their feminine side too. 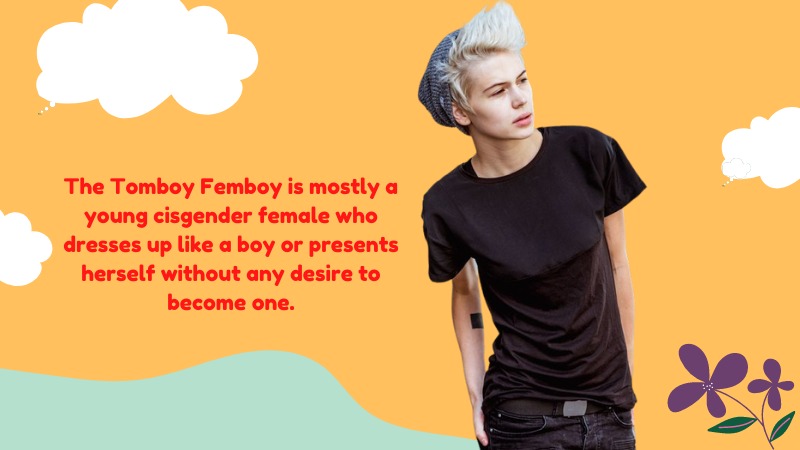 The Tomboy Femboy is mostly a young cisgender female who dresses up like a boy or presents herself without any desire to become one. This type of crossdresser is very similar to the sissy femboy because both are attracted to men, but the tomboy femboy is not as feminine as the sissy femboy. She looks and acts like a tomboy. 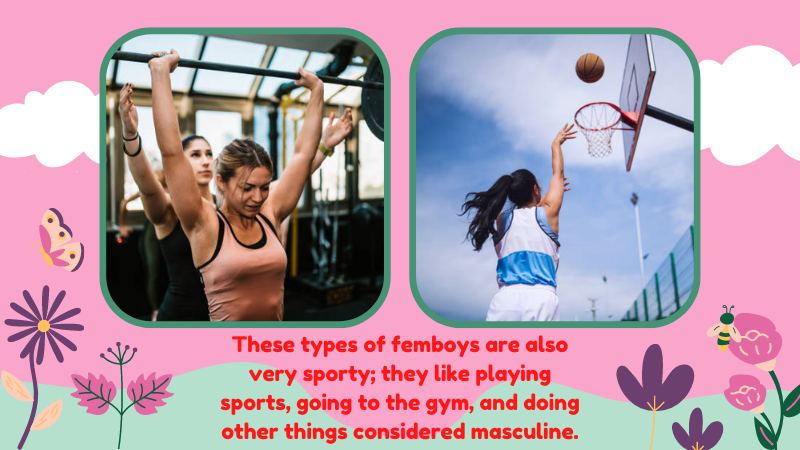 These types of femboys are scarce to find in the FTM community because they are not transitioning into being male. They are just following what society expects them to be, and it’s a way for them to ignore their feelings and true gender identity. These types of femboys are also very sporty; they like playing sports, going to the gym, and doing other things considered masculine. They also have solid opinions about gender roles. They like being tomboys but also feel the need to be a lady when it comes to certain things. These femboys are feminine in some ways, but they are not as feminine as the sissy femboy. 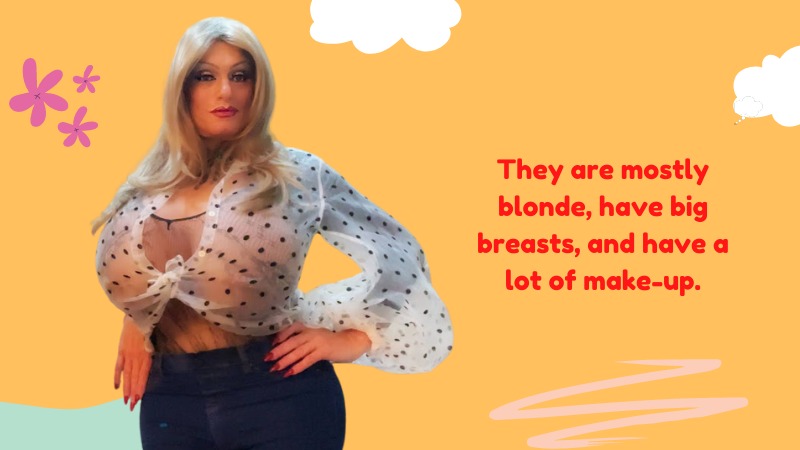 Bimbo femboys are majorly attractive ladies but with vacuous behavior. They are mostly blonde, have big breasts, and have a lot of make-up. They always like to go shopping with their friends and go to the mall. Theese femboys want to wear sexy clothes and are very confident about themselves. 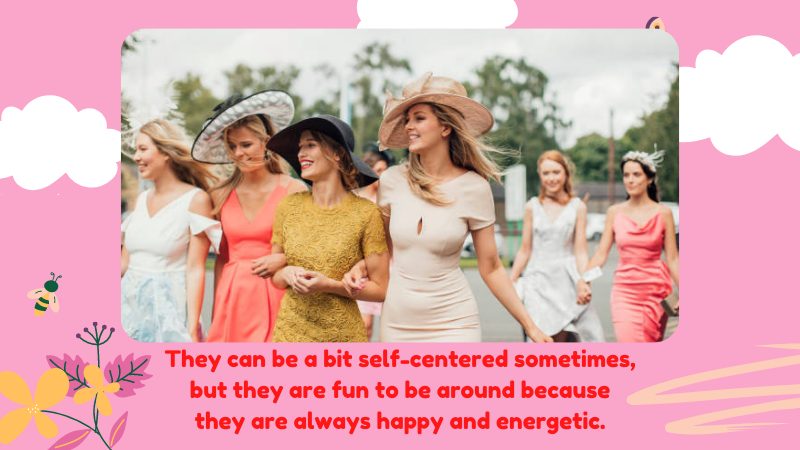 Bimbo femboys can be a bit self-centered sometimes, but they are fun to be around because they are always happy and energetic. One can equate the femboys to hypersensitive ladies in a perpetual state of fluster. They are often seen as the ultimate “mama’s boys” because they’d rather hang out with their mother than go out with friends. They are also seen as significant ladies who love to wear feminine clothes (skirts, dresses) and have long hair. Because of this, they tend to be more sensitive than other femboys.

They do not take criticism well and become easily offended when people say anything that hurts their feelings. They can be a bit dramatic at times, but it is just part of who they are and what makes them unique. 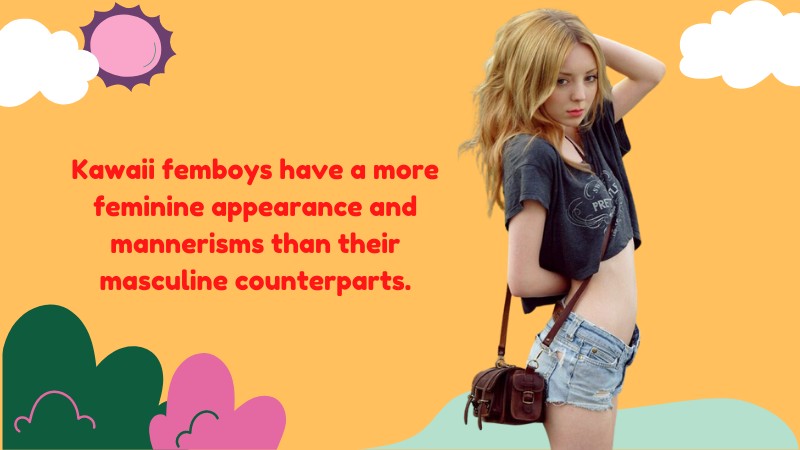 Kawaii femboys are typically young men with cute traits serving as a potential attraction for love and affection from others. They have a more feminine appearance and mannerisms than their masculine counterparts. Kawaii femboys typically have a feminine name, are of childish appearance, and are socially inept. They often wear female clothing and accessories, including wigs, bows, ribbons, dresses, skirts, make-up, etc. 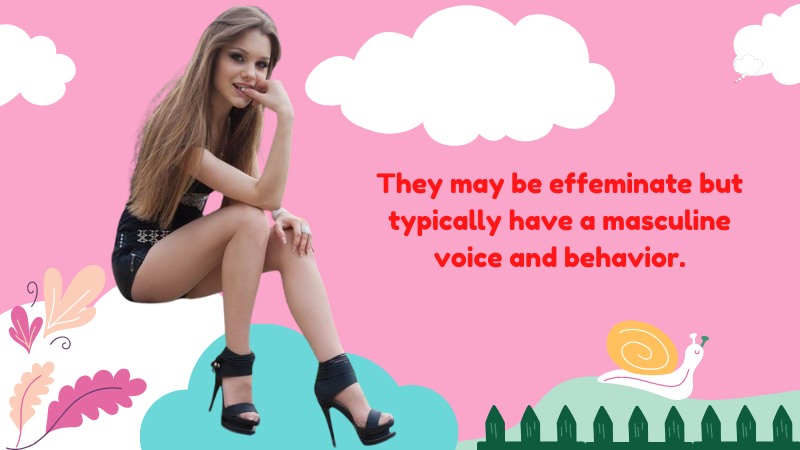 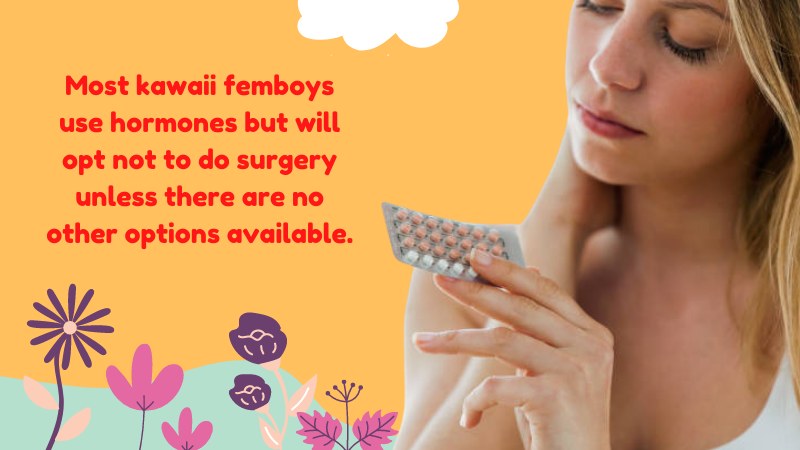 The kawaii femboy sometimes wants to become female, and some will transition for these reasons. However, many kawaii femboys are indifferent about transitioning unless they feel that transitioning will give them more acceptance from others. If they do transition, they will often take on female names and dress in women’s clothing; however, they do not necessarily identify as women (or even genderqueer) because of their femininity.

6. Which type of Femboy are You? 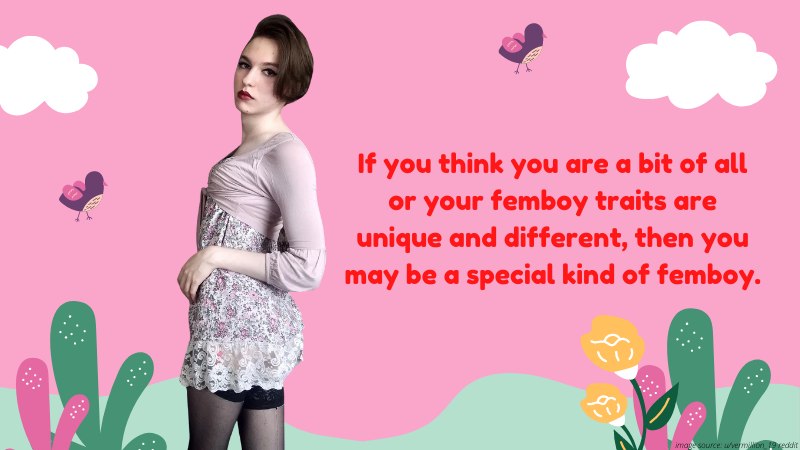 If you are a femboy, you must know the category of femboy traits you possess. You will see the class you belong in by reading the description and then relating it to yourself. If you think you are a bit of all or your femboy traits are unique and different, then you may be a special kind of femboy. Either way, this will give you an idea of what type of femboy you are. Also, will tell you how to handle your femininity in the best possible way.

Femboys are men who present themselves as the feminine gender. The presentations by the femboys are unique and not similar to the gender expression of cisgender women. They are mainly seen in the gay and bisexual communities. They are also referred to as feminine straight men. The femboys embrace their feminine side while still having a masculine presence. They are generally not homosexual, but they find themselves attracted to other feminine males or people who do not judge them for their gender expression.

There are different types of femboys. The sissy femboy, tomboy femboy, the kawaii femboy, the bimbo femboy, androgyny, and many others. Distinguishing the androgyny femboy is the most challenging thing. On the other hand, the sissy femboy fully embraces effeminate traits to reject masculinity. They are different from Bimbo femboys, who are attractive ladies with inept behavior. The difference also comes up when checking on the Kawaii femboys, who are beautiful young men who could be considered cute.