What is Gender Envy?  As far as I know, it isn’t a clinical term.  Nor am I a professional therapist, psychologist or academic.  As best I can figure out it’s a casual way of referring to the more clinical term of Gender Dysphoria. 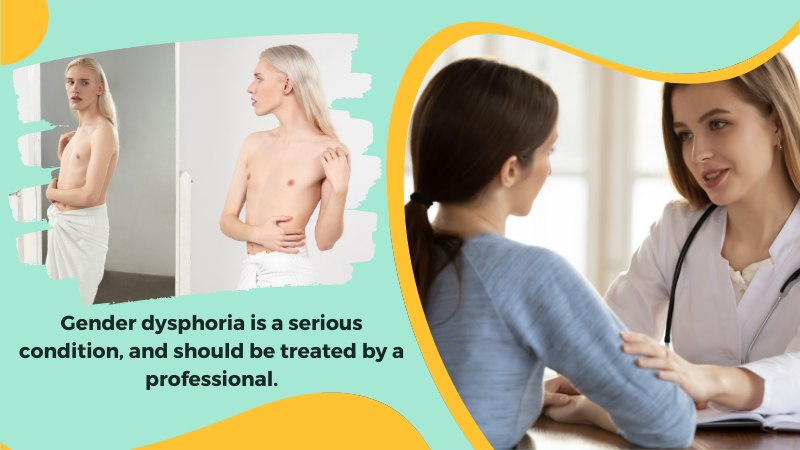 However, Gender Dysphoria could be considered to be at one extreme end of a spectrum to describe how we feel about ourselves or how we view ourselves.  Dysphoria is a serious condition, and should be treated by a professional and often can lead to a realization that you’re transgender and gender transition. When I heard the term Gender Envy, something about it felt a bit more appropriate for my own life.  I’d like to share a few of my thoughts on this term and what I’ve experienced that let me to think Gender Envy was an appropriate term to describe it. Before I continue, I’d like to make clear that these thoughts are of a personal nature.  It’s just meant for sharing and should not be seen as clinical advice.

Gender Envy A Crossdresser Personal Story hide
1. The beginnings of being envious of girls
2. Finding out a bit more about the physical
3. Things develop
4. Out on my own in the world
5. Nowadays

1. The beginnings of being envious of girls

As a teenager, I was quite shy and socially awkward.  I’d never had many friends who were girls, or many friends at all for that matter; I had a few good friends, all pretty nerdy guys my age.  However, I noticed some things where I definitely felt a bit different than my friends.  As we all began to notice girls and what made them pretty, I also began to notice other things.  As a quiet teenager, no one paid me much mind, but I noticed how some of the girls found it easier to talk to each other, to experience each other’s feelings, and attract attention from anyone around. 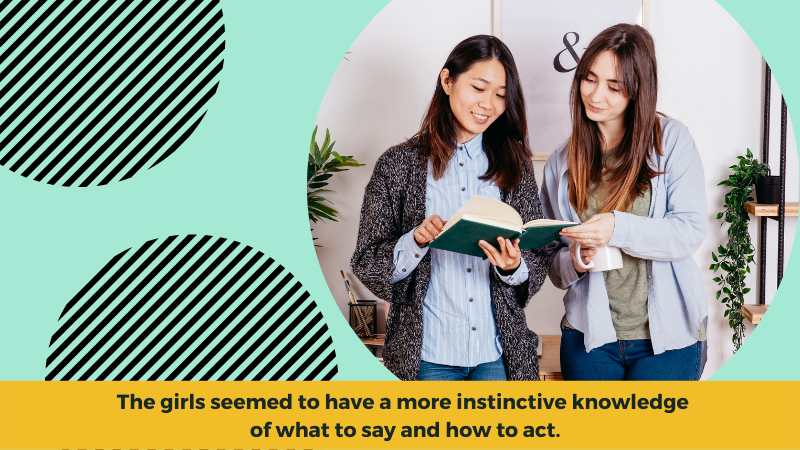 I think this was likely the beginning of my gender envy.  I was jealous of how I saw the girls in my classes interact; perhaps some part of my brain made a connection that if I were a girl, it would be easier to talk to the girls.  I didn’t believe that I could do it on my own as a guy.  The few times I’d tried talking to girls in my early years of secondary school, I always felt as if I was awkward or weird.  The girls seemed to have a more instinctive knowledge of what to say and how to act. 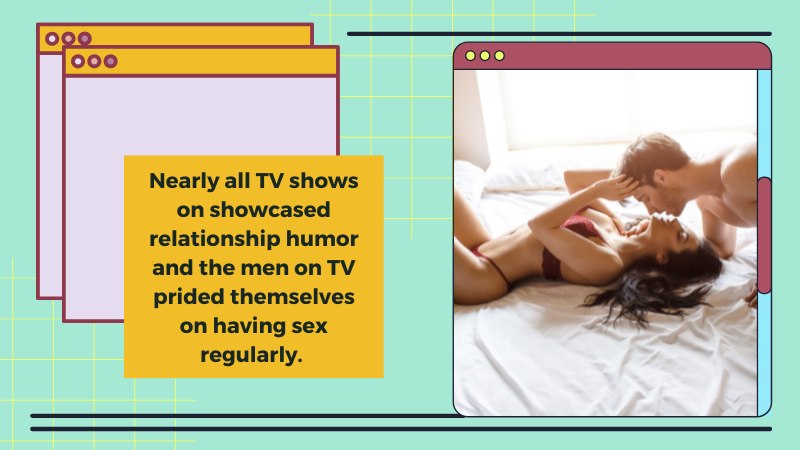 Also, anyone who grew up in the 90s can attest that sexual validation was hugely important in 90s pop culture.  Nearly all TV shows on showcased relationship humor and the men on TV prided themselves on having sex regularly.  Knowing how hard even making the most basic connections with girls I was having at the time, I began to think that women must have had it easier to be intimate with someone.

2. Finding out a bit more about the physical

As I grew up, as we all do, I became more and more aware of the world around us.  I became more aware of attractiveness, what people thought about it and how I felt.  In the later years of high school, I noticed more and more about the girls around me.  It became very clear who was growing up and it was very easy to notice how their bodies changed. 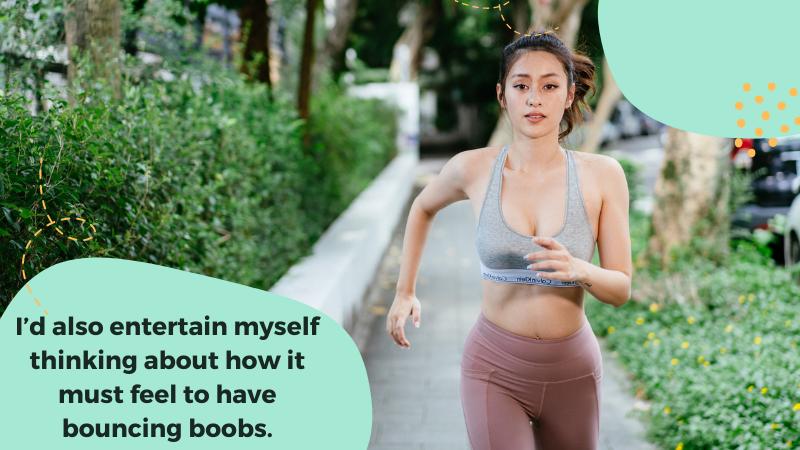 Of course, my friends noticed it too and we all would comment on the girls in our class during lunchtime, usually in quite a laddish, crude way.  We’d all share who we thought was beautiful, sexy or hot, often in quite excruciating detail.  However, even in these settings, I’d find my train of thought shifting a bit from that of my peers.  I’d hear people talk about how they liked one girl’s boobs and how they bounced when she ran, maybe some other girl had an amazing ass; I’d likely agree, but I’d also entertain myself thinking about how it must feel to have bouncing boobs and amazing it must be. 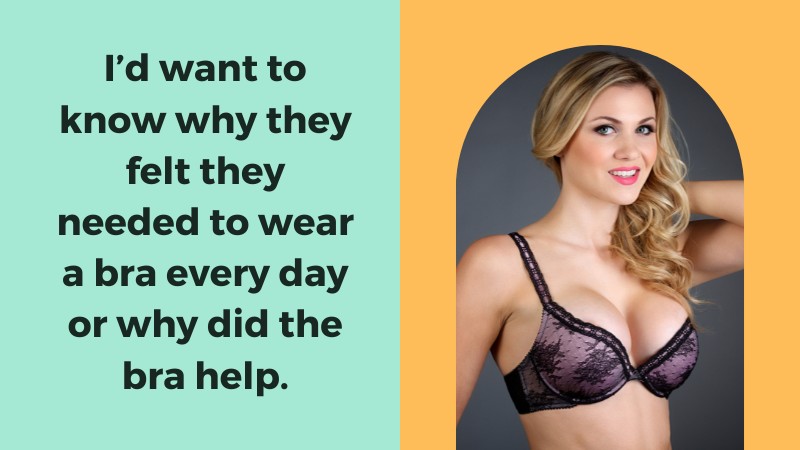 On the few occasions when I’d find myself in conversation with girls my age and was comfortable enough to talk a bit, I was always curious about different things than the other guys.  While they wanted to know, who had ever kissed another girl, or if they were still a virgin or not; I’d ask different things.  I’d want to know why they felt they needed to wear a bra every day, why did the bra help, or something else about their feminine features. 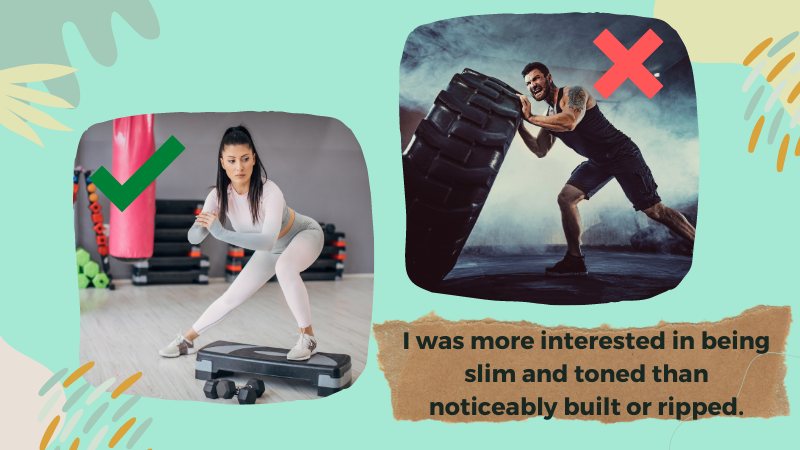 Also, I’d see what most of society thought what men should look like, or the ideal handsomeness and just thinking I didn’t want to look like that.  I’ve always been tall and skinny and I didn’t want thicker arms or put in the time to get them.  I was more interested in being slim and toned than noticeably built or ripped. 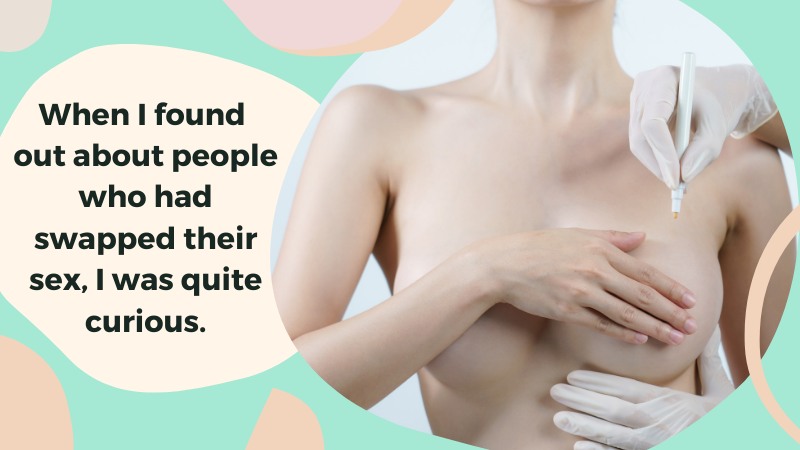 I think it was in my first year of university when I became aware of gender being different than sexuality.  I’ve always been sure I wasn’t gay; but when I found out about people who had swapped their sex, I was quite curious.  The idea of ‘shades of grey’ on a gender spectrum was alien to me.  I learned a little bit about transgender people and what they went through and it didn’t seem like me; I wasn’t cripplingly unhappy with who I was, I was just curious about what it would be like to be someone else. 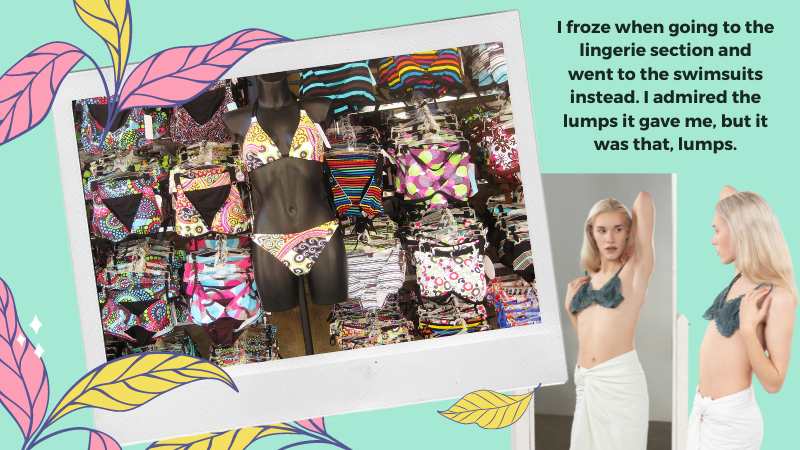 I think it was in university when I finally had enough alone time to experiment.  I resolved to buy a bra and try it on.  Needless to say, that part didn’t go so well.  Once in a shop, I froze when going to the lingerie section and went to the swimsuits instead.  I felt like buying a bikini top for my girlfriend was a more plausible thing to be doing.  I bought it, went home, and stuffed it with socks.  I admired the lumps it gave me, but it was that, lumps.  I spent hours online looking for more effective but cheap ways to get a more realistic curve. 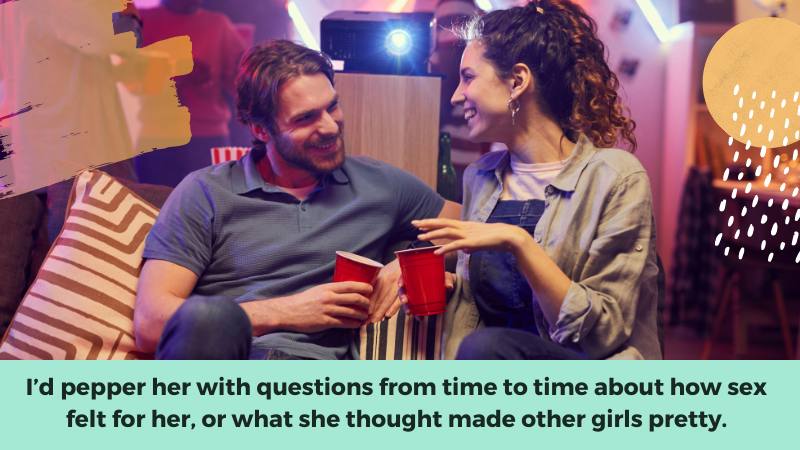 I’d got a girlfriend by this time; a very cute girl who would share with me her appreciation of female features.  She’d talk to me about how she wish her breasts could be bigger or how she was curious what it would be like to be a girl with a different body.  I was always unsure of how far I could go in these chats and I’d try to be sympathetic with comments like “oh, it’s probably a pain to run or sleep on your front with those.”  I was too scared to share I was likely having the same thoughts as her.  I’d pepper her with questions from time to time about how sex felt for her, or what she thought made other girls pretty.  Either way, having a girlfriend made my envy subside a bit; but as I’m sure we all know, the thoughts never really go away. 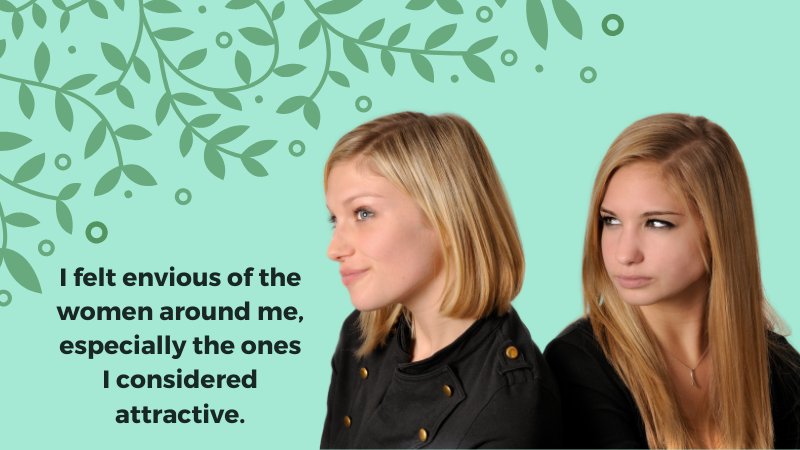 After school ended, my gf and I broke up and I was living on my own for the first time.  Suddenly my living space was my own and only my own.  On the other hand, I was alone.  Again, it was hard to meet people and feel confident in big social situations.  And again, I felt envious of the women around me, especially the ones I considered attractive.  I’d go home and wonder what I’d do if I were them. 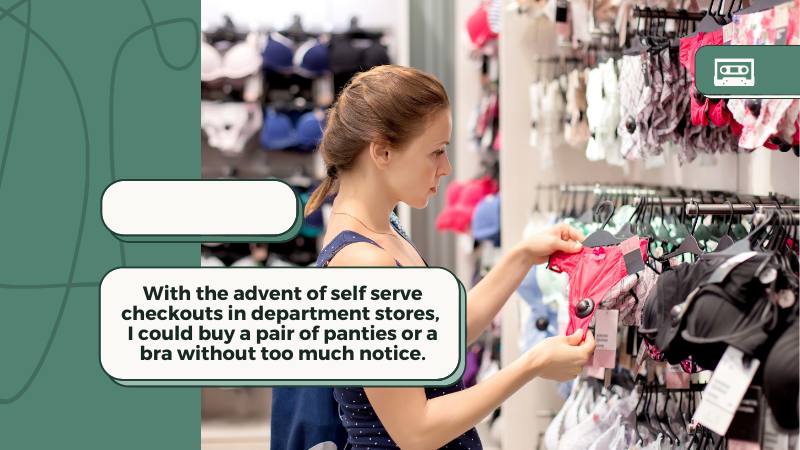 It was around this time that I began to slowly accumulate a crossdressing wardrobe.  I still had my bikini top, but with the advent of self serve checkouts in department stores, I could buy a pair of panties or a bra without too much notice.  I began to learn some of the tricks crossdressers used to make curves; I was interested in having my own boobs, so I filled water ballons and used them to create a more natural curve and weight.  No matter how much I tried though, it never felt quite right enough. 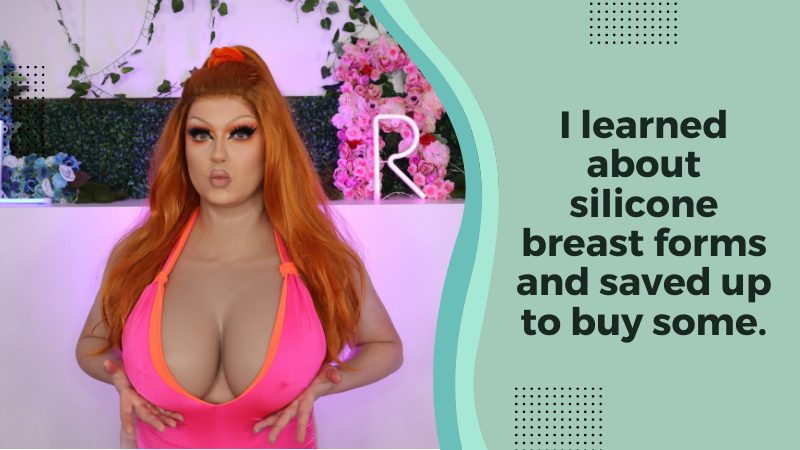 I was living in a giant city at the time and I’d frequently go out and just wander about and go exploring. In my time alone at home, I’d learn online about new things that I’d only just started to interest me.  I learned about silicone breast forms and saved up to buy some.  I’d sit in my room with them on for hours and then take them off when I felt like it. 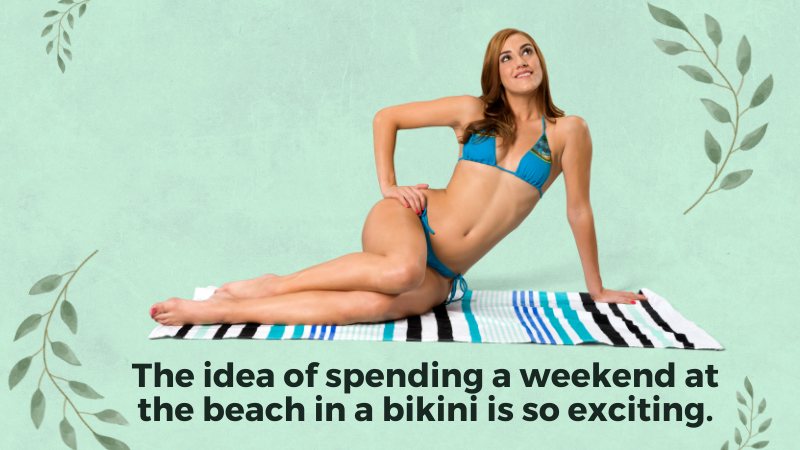 I still live alone and have more life experience, but it’s funny how things progress.  I think most of us know the urge to crossdress or feel feminine become more or stronger as we get older.  For me, it has evolved.  Over time, I’ve moved from being slightly envious of women’s breasts and their movement to being envious and wanting to experience it myself for real.  The idea of spending a weekend at the beach in a bikini is so exciting.  If I close my eyes and try to think out the whole experience; putting on a bikini, letting it lift my breasts, and pulling up the bikini bottom and having them rest on a flat front and not a bulge makes me so excited. 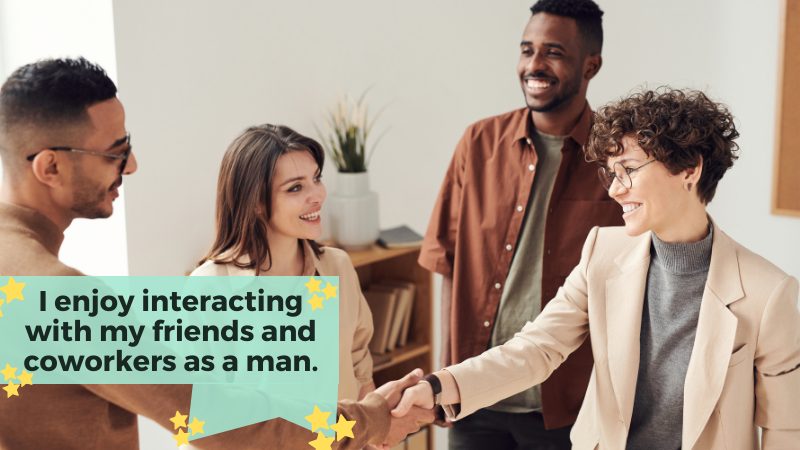 That being said, I don’t feel uncomfortable in my male self, just perhaps inadequate from time to time.  I enjoy interacting with my friends and coworkers as a man; I’m still attracted to women. Just you know, I’d like to try.

Anyway, now that I’ve matured, I think I’ve found where I am comfortable.  I can’t report the same dissatisfaction and desire to change my body forever that individuals with Gender Dysphoria do.  On the other hand, if I was offered the opportunity to be a girl for a weekend or a day or an hour, I’d definitely take it.

I’m just so curious about how being womanly feels from the inside.  When dressing up isn’t enough, I think envy might be a good word.