The Story of How I Chose My Female Name

A feminine name is a massive step in a cross-dresser’s journey. It is one of the very first things we must come up with while building our female persona. And this will influence many other aspects of our personality. Because it’s so important, many of our sisters struggle to come up with something original that represents them. 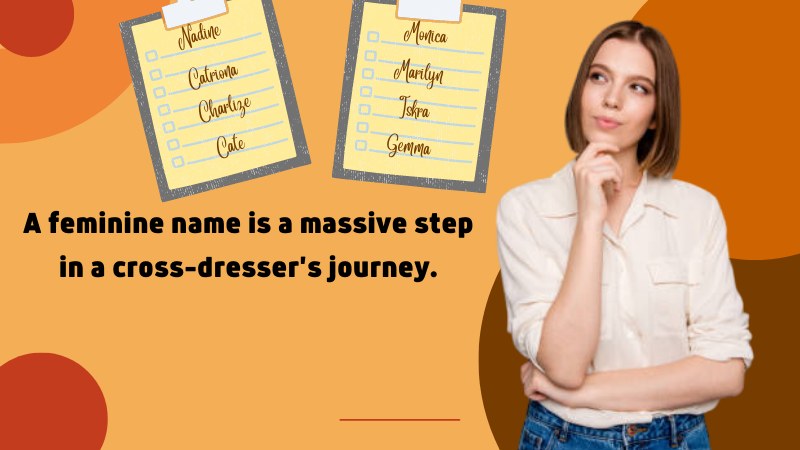 Since it’s a significant problem for beginners, I’ll describe how I came up with mine. I got a lot of possible options, but choosing the most meaningful ones was the right thing to do. I also had some help from my partner, and I’m happy with the results. So if you want some inspiration, sit down and read this! You won’t regret a thing. 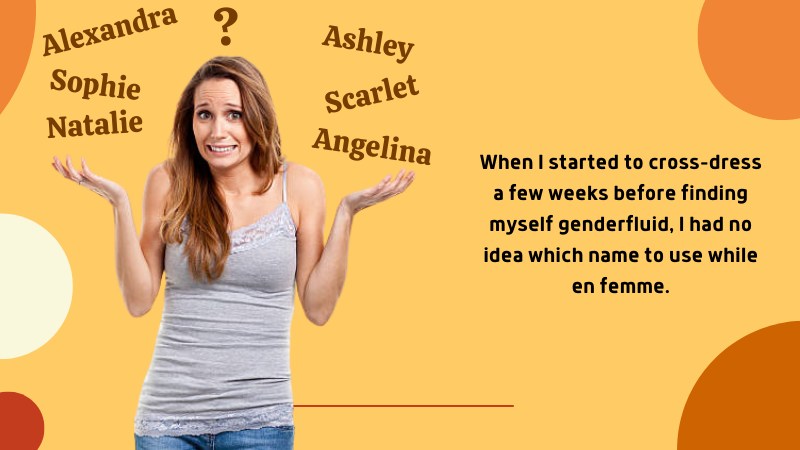 When I started to cross-dress a few weeks before finding myself genderfluid, I had no idea which name to use while en femme. I began to think about some common female names that were popular in my country and worldwide. Among the options were Ann, Claire, Amy, and Gwen. I even thought about using the feminine equivalent of my legal name, Joann. But none of it seemed right to me. They didn’t fit. It sounded like they were referring to someone else, not myself, and I couldn’t stop to wonder why. Looking back, I see that I didn’t have any kind of connection to these names and couldn’t feel any less attached to them. From the moment I realized that, I knew that choosing a proper name wouldn’t be a simple task.

2. Deciding I wanted it to be special 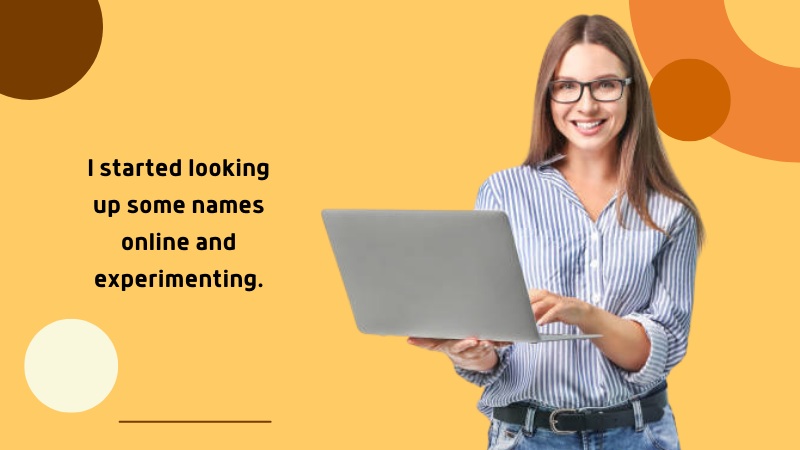 Things got a bit more complicated after I fully understood my gender identity. As a gender-fluid person, I knew that, in the future, I would use my female name as often as the male one. With that in mind, I couldn’t settle for a generic name. It had to be something special. Even more than that, it should be a name connected to my personality. So I started looking up some names online and experimenting. But at this point, all I could do was imagine how I would react to being called those names. I mean that there was no way to test those names to see how I would feel.

Nonetheless, the results were already better than the first feel attempts. The names I had in mind did mean something to me. They weren’t just generic-sounding names that I’ve heard at some point. Instead, they were related to stuff that helped shape my character in a good way. And because of that, they sounded a thousand times better. 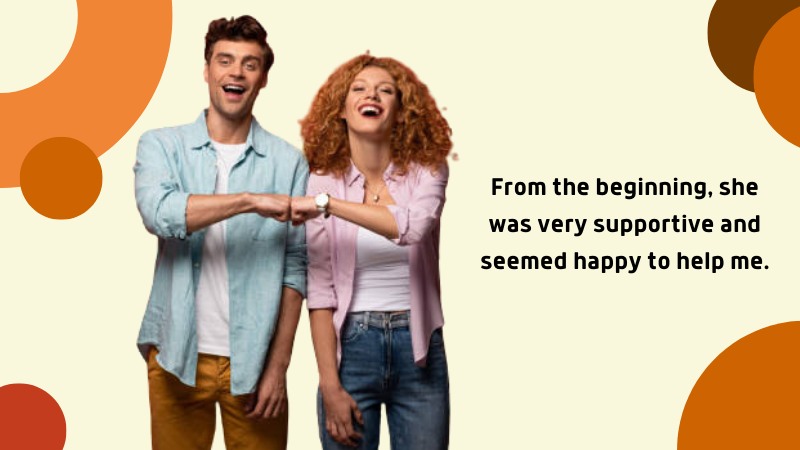 Not long after that, I came out to my girlfriend and explained how I felt about it. From the beginning, she was very supportive and seemed happy to help me. Now, I could tell her the names I had in mind, and she would call me by those names. This way, I could finally feel how they sounded and decide whether I liked them or not. Besides that, she also helped me think of a few more options and suggested names she liked. I considered them as well since I value her opinion a lot, and having a name she liked would make me feel great. Still, the list of names was still huge, and we spent over a week trying them until I could make up my mind. This was a good experience overall, and it helped me to grow as a person. This was a rather important choice that helped shape my whole journey as a cross-dresser, but more on that soon.

4. Coming up with the first name 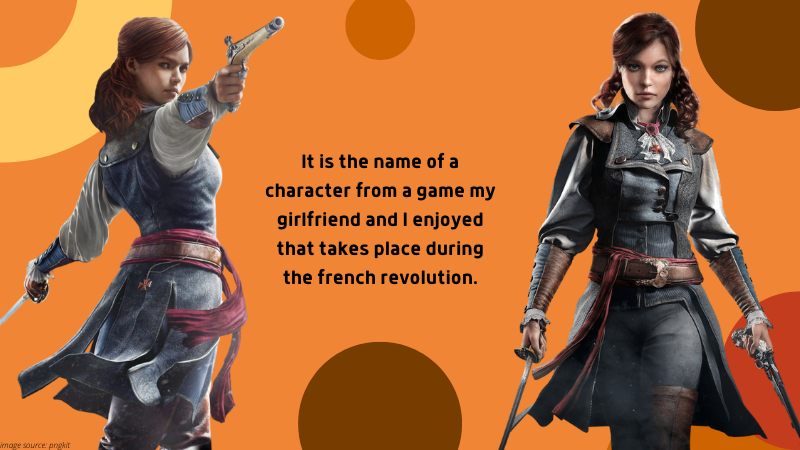 I chose Elise as my first name, and I couldn’t be happier with this choice. But why, despite being Brazilian, did I end up choosing a French name? Well, many cross-dressers choose foreign names as well. But this one had a meaning to me, which I’ll explain. It is the name of a character from a game my girlfriend and I enjoyed that takes place during the french revolution. When it was released, back in 2014, I cosplayed the male protagonist, but deep down, I wanted to dress up as Elise. This might have been one of the most obvious signs that I would grow up to be a cross-dresser. I told this story to my girlfriend when I came out to her. She said she liked the character’s name and that adopting it would be rather meaningful and fulfilling. I agreed with her, and from that moment onwards, Elise was my female name.

5. Coming up with the last name 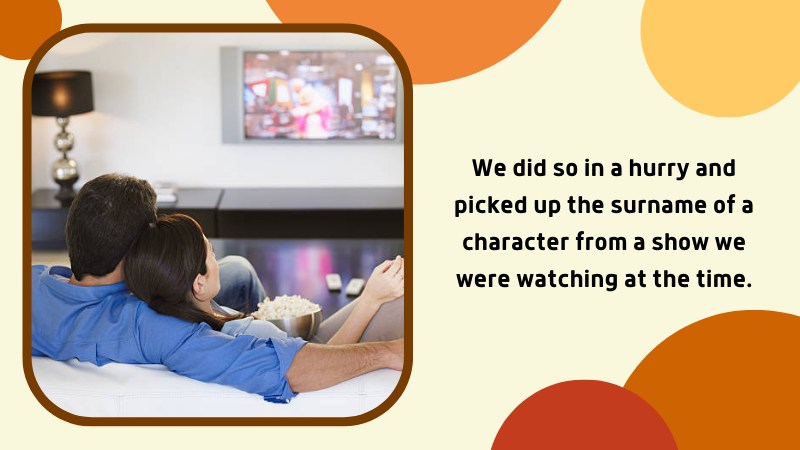 The last name was important as well. I didn’t want to keep my legal last name while en femme, at least for the moment being. This would make it easier for some people to connect the dots and discover that I was a cross-dresser. I didn’t want it to happen since I wasn’t prepared to come out yet. So I ended up choosing Wren, once again with the help of my girlfriend. We did so in a hurry and picked up the surname of a character from a show we were watching at the time. She said it would suit me and that the character and I had a similar personality. I liked it, so now I go by “Elise Wren.” However, this might be temporary. If I ever happen to come out more openly, I plan to use my legal surname. But maybe I’ll add “Wren” to the mix. 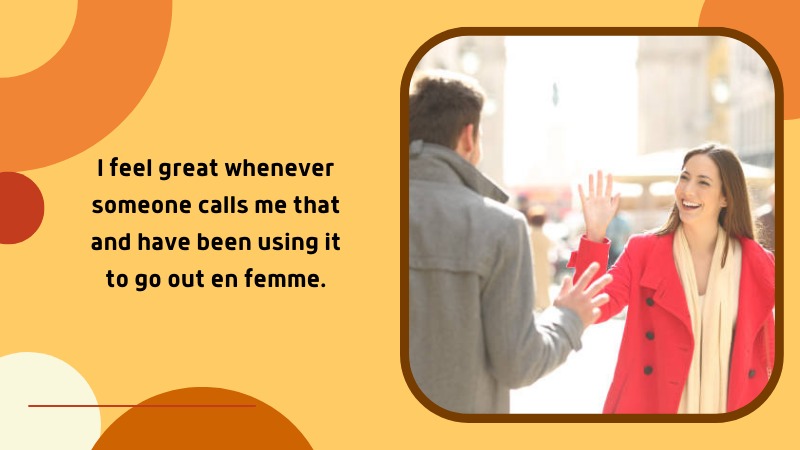 I’m glad about how things turned out. The names are unusual and suit my style. I feel great whenever someone calls me that and have been using it to go out en femme. I never had a problem, and everyone seemed to accept it as a normal name. It’s simple yet full of meaning for me, which makes it special. I have no plans to change it for now, apart from that surname thing. In fact, I like it so much that I hope to have it written in my documents in the future. Making it official will be the last step in a long yet rewarding process. 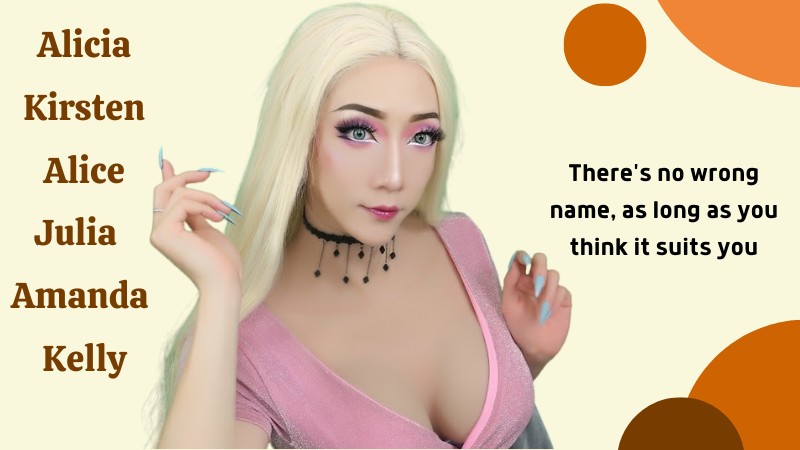 Your name is the definition of who you are. This is also valid for your female self, as your cross-dressing name will represent your female persona. Try to be original,  choose a name that speaks to you. If it has a meaning, you’ll become attached to it if it has a meaning, which makes things even better. So keep on experimenting until you find the right one! There’s no wrong name, as long as you think it suits you. And, of course, if you already have a cross-dressing name, make sure you tell us about it in the comments!

What is the most critical feature of a cross-dressing name?