How Are Drag Queens Relevant to the LGBTQ Community?

The word LGBTQ and drag have long been synonymous. Drag queens are important to the LGBTQ community in a lot of ways. They make a space for gender expression that is not limited by the expectations of society. By dressing up and performing in drag, drag queens can explore gender roles, as well as challenge society’s expectations about what it means to be male or female. 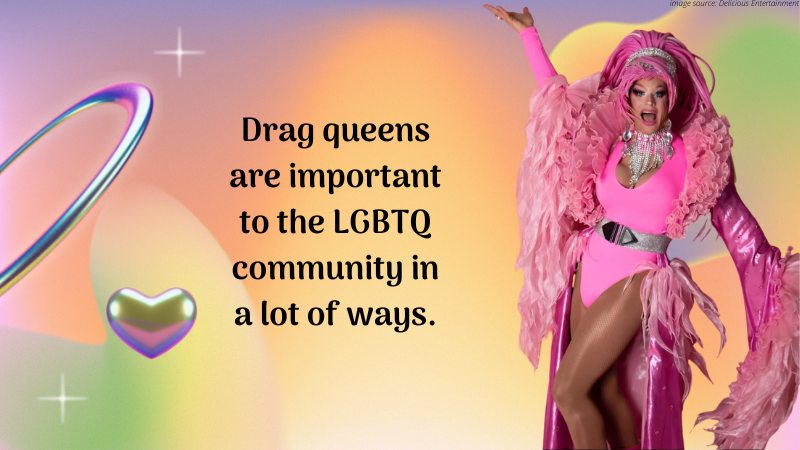 Drag queens express themselves through drag performances, which can include singing, lip-synching, or dancing. Drag queens can also be found at gay pride parades around the world, which are organized by and for members of the LGBT community. These events give everyone an opportunity to celebrate diversity and show support for those who have been marginalized by society. Drag queens also serve as role models for LGBT youth, many of whom are struggling with their own identities, and need someone who can show them that there is nothing wrong with being different. The presence of drag queens in the community helps to normalize the idea that people can be whom they want to be without being judged or punished for it.

In fact, it’s hard to imagine a world without drag queens. They help make the world a better place for LGBT people by helping to bring visibility to the community. They make us laugh; they make us cry (in a good way!). They’re not just entertainers—they’re role models and advocates for change.

Contents
1. Drag is an art form
2. Drag is a tool for liberation
3. Drag is a way to fight for equality and acceptance
4. Drag queens have inspired LGBTQ+ communities
5. Drag queens also paved the way for individuals to be true to their authentic selves 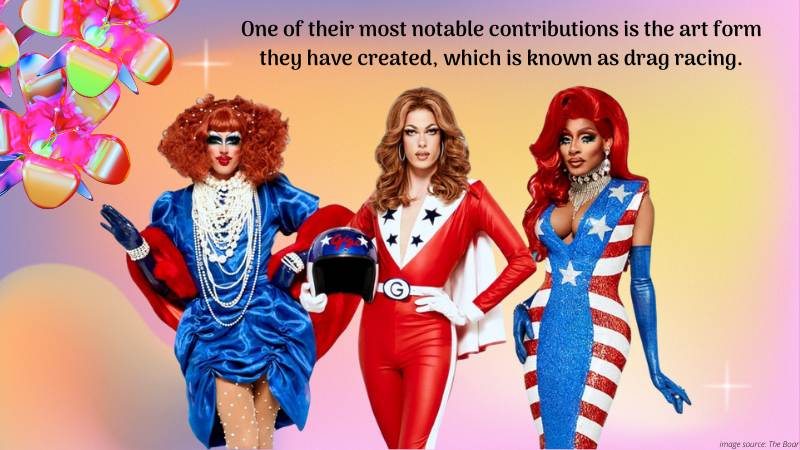 Drag race is an art form and drag queens are some of its most talented practitioners. Whether they’re performing at a local bar or competing on RuPaul’s Drag Race, drag queens are always looking to bring positivity into the world and make people laugh. One of their most notable contributions is the art form they have created, which is known as drag racing. Drag racing can be described as a cross between performance art and comedy, with each drag queen putting on a show for their audience. 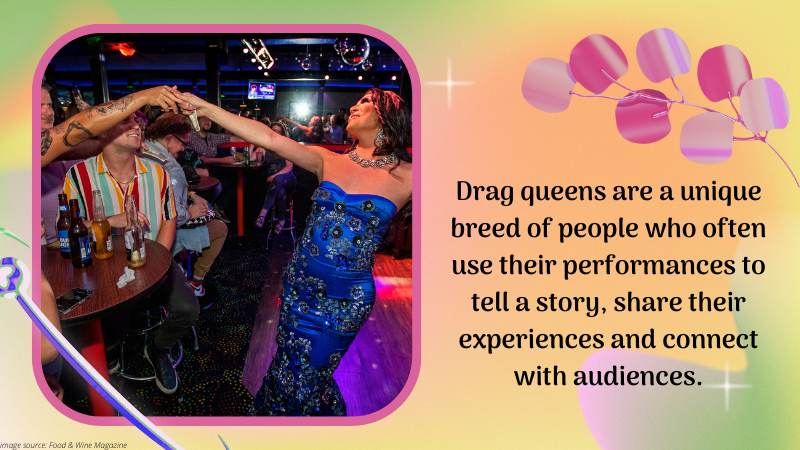 Drag queens are the embodiment of the LGBT community. They are performers, artists, and entertainers who have been around for decades, bringing positivity and joy to people all over the world. And whether you identify as gay or straight, male or female—or even if you don’t fit any of those categories—it’s hard not to fall in love with these incredible artists. Drag queens are a unique breed of people who often use their performances to tell a story, share their experiences and connect with audiences. 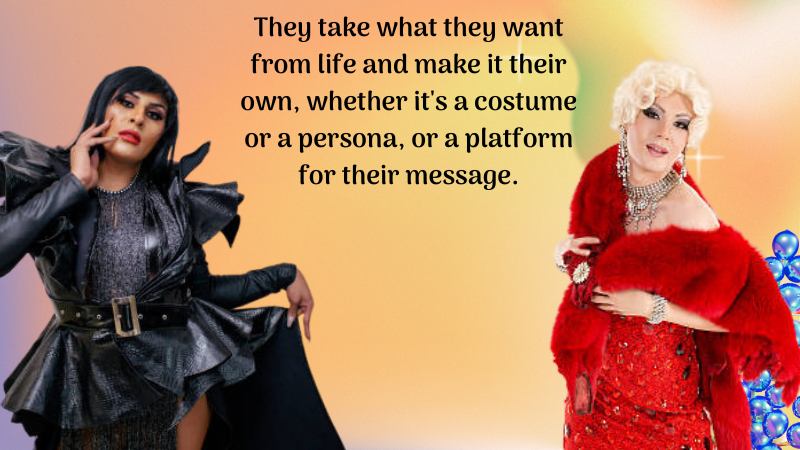 Drag queens are some of the most creative, passionate people you will ever meet. They take what they want from life and make it their own, whether it’s a costume or a persona, or a platform for their message. They are an integral part of the LGBTQ community and have helped shape it into what it is today.

2. Drag is a tool for liberation 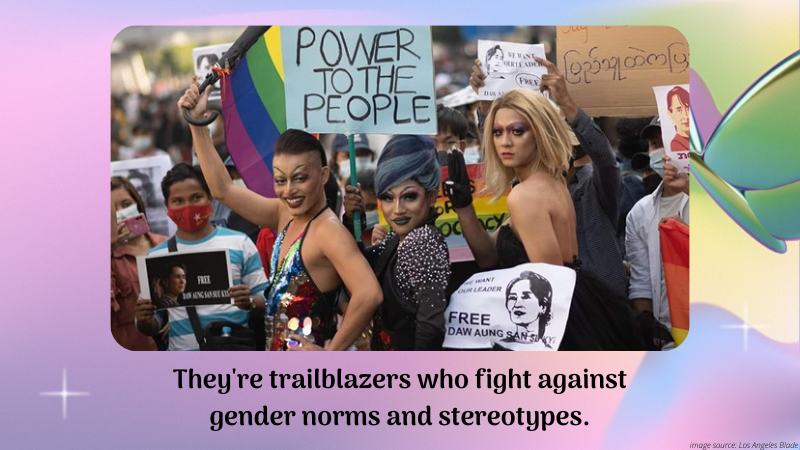 Drag queens are so much more than just men in women’s clothing. They’re trailblazers who fight against gender norms and stereotypes. They use their art to empower themselves as well as others. However, drag queens may be misunderstood by some who sees it as “just” entertaining, or as a way to make a quick buck. But drag is so much more than that. Drag is a tool for liberation. Drag queens are often seen as the “biggest” or most exaggerated version of the gender they’re performing, which can be fun and entertaining, but also makes it easy to forget how much drag queens actually do for the community. 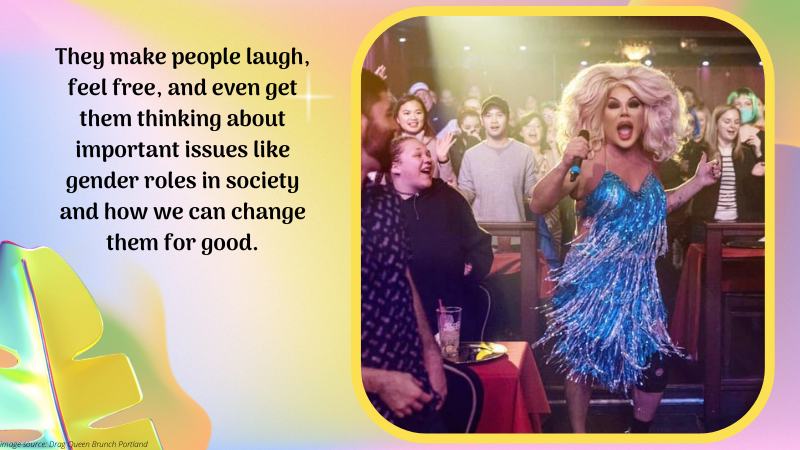 In drag, queens can express themselves without having to conform to society’s roles and expectations. Drag queens help other women realize that they don’t have to fit into a mold just because they’re female—and they help men realize that they shouldn’t either! They make people laugh, feel free, and even get them thinking about important issues like gender roles in society and how we can change them for good. 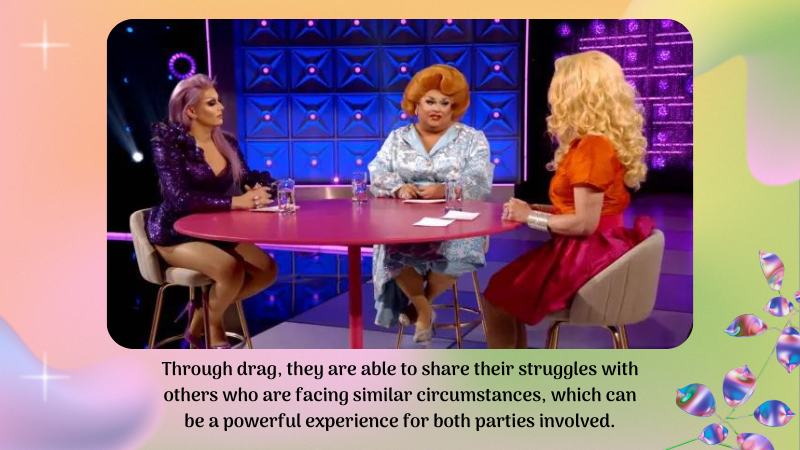 Drag queens often use their platform to speak up about issues that affect the LGBT community, from racism to transphobia to homophobia. The drag community is full of queens who have found their way back into the light after feeling lost and alone. Through drag, they are able to share their struggles with others who are facing similar circumstances, which can be a powerful experience for both parties involved. They bravery helped pave the way for other members of the LGBT community who came after them.

3. Drag is a way to fight for equality and acceptance 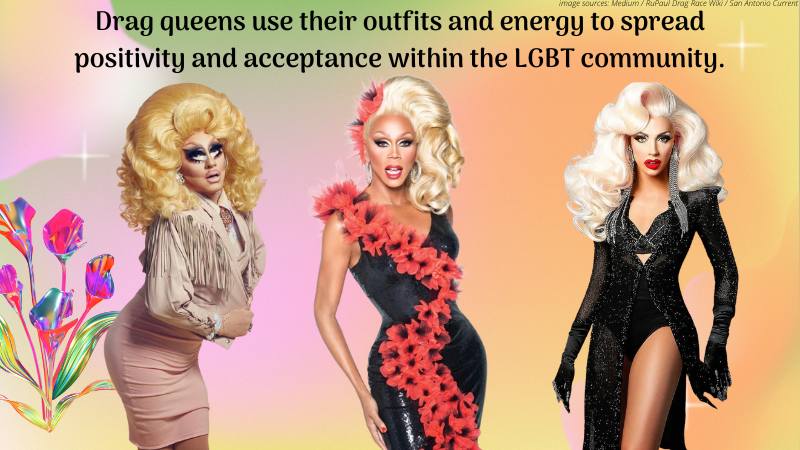 It is a way to fight for equality and acceptance. Drag queens are a huge part of the LGBT community, and for good reason. They help to fight for equality and acceptance, but they also contribute positivity to the community. Drag is about self-expression, being noticed for who you really are, and not having to hide behind whom society wants you to be. Drag queens use their outfits and energy to spread positivity and acceptance within the LGBT community. They often perform at gay bars and clubs where they can help people feel safe, welcome, and accepted no matter who they are or how they identify themselves. 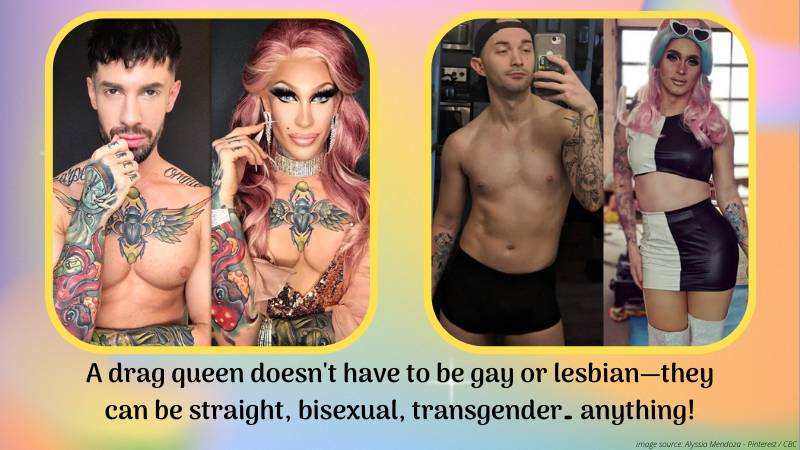 A drag queen doesn’t have to be gay or lesbian—they can be straight, bisexual, transgender… anything! The point isn’t whom they are attracted to; it’s how they present themselves as artist. Some drag queens, however, are men who have always felt more feminine. They tackle problematic male stereotypes such as toxic masculinity in order to challenge the patriarchy. 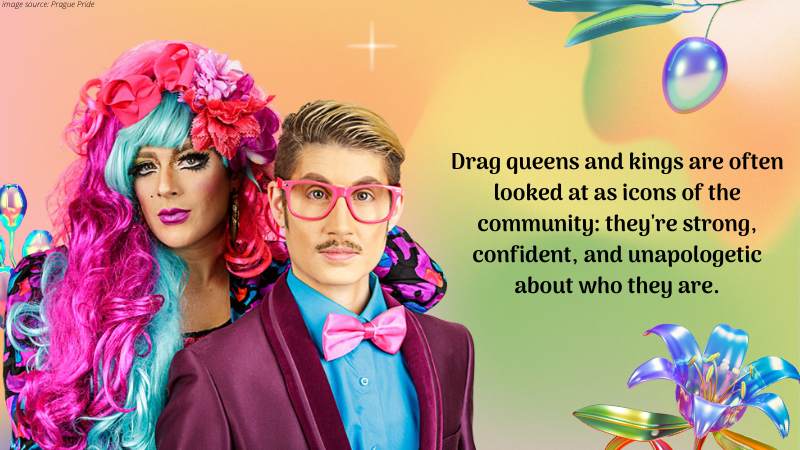 Drag can be a great way to help you express yourself in a way that you hadn’t been able to before. It can also give you a chance to try on new identities. Drag queens and kings are often looked at as icons of the community: they’re strong, confident, and unapologetic about who they are. Drag queens have helped to inspire the LGBTQ+ community. Their creativity, courage, and positivity have been an inspiration for many people who are struggling with their gender identity. 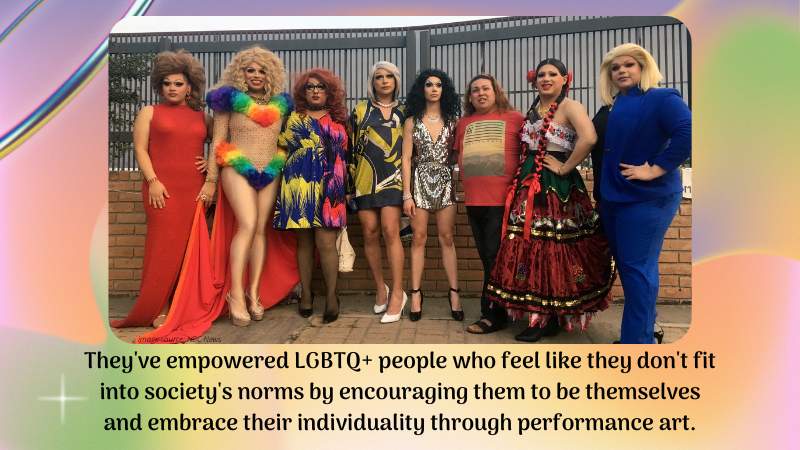 Through exaggeration, humor, and parody, drag queens have helped to raise awareness of the issues facing queer people and challenge social norms about gender identity and sexuality. There’s no doubt that drag queens have changed our culture for the better. They’ve empowered LGBTQ+ people who feel like they don’t fit into society’s norms. Drag encourages them to be themselves and embrace their individuality through performance art.

5. Drag queens also paved the way for individuals to be true to their authentic selves 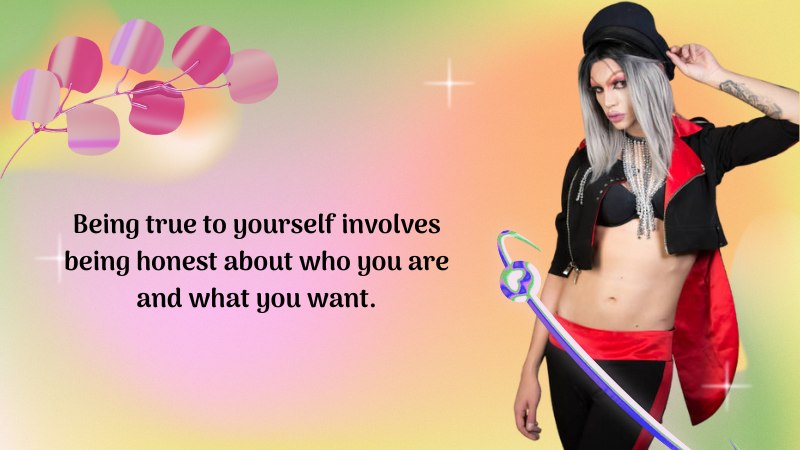 Drag queens have and always will be a part of the LGBTQ community. They get up on stage, they perform, and they inspire people to be their most authentic selves. Drag queens also paved the way for others to be true to their authentic selves. Being true to yourself involves being honest about who you are and what you want. It means being authentic in all aspects of life. If you’re not being true to yourself, you may feel frustrated or confused by the world around you. By being honest with yourself and others, however, you can more easily recognize how best to live your life. 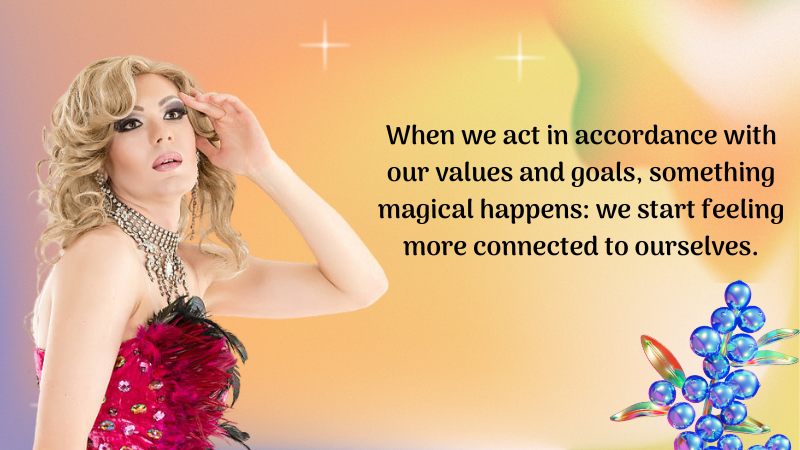 When we act in ways different from who we are, it makes us feel like we’re living someone else’s life. And when this happens, it can lead to anxiety and depression. This means that who we are isn’t matching what’s happening in our lives. But when we act in accordance with our values and goals, something magical happens. We start feeling more connected to ourselves—and that helps us feel better about ourselves overall! But there’s more to it than that. 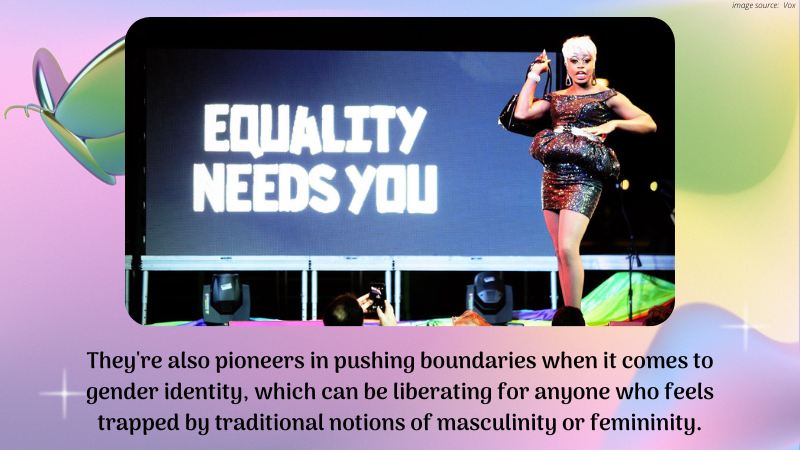 Drag queens provide a sense of community for those who don’t feel like they fit in elsewhere. They’re also pioneers in pushing boundaries when it comes to gender identity. This is liberating for anyone who feels trapped by traditional notions of masculinity or femininity. 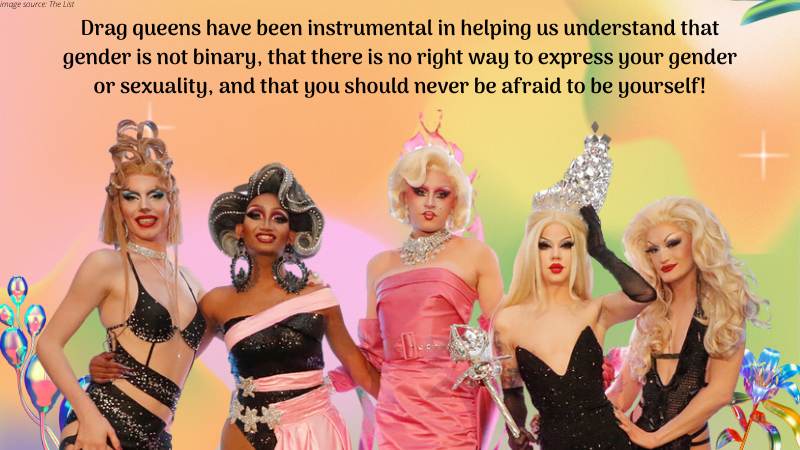 It is undeniable that drag queens help people. Young and old, find their own identities through coming out. Also, they do by simply learning how to express or accept themselves as they grow up. Drag queens have been instrumental in helping us understand that gender is not binary. It shows that there is no right way to express your gender or sexuality. So, you should never be afraid to be yourself!