How Do Beauty Standards Affect a Cross-Dresser’s Journey?

No one is immune to the effects of the beauty industry. Much in our lives depends on how beautiful society considers us to be. It has some well-defined standards that change over time. But they are pretty different for male and female individuals. Because of that, cross-dressers and trans people struggle to fit into them. It may have severe effects on our self-esteem and passability. 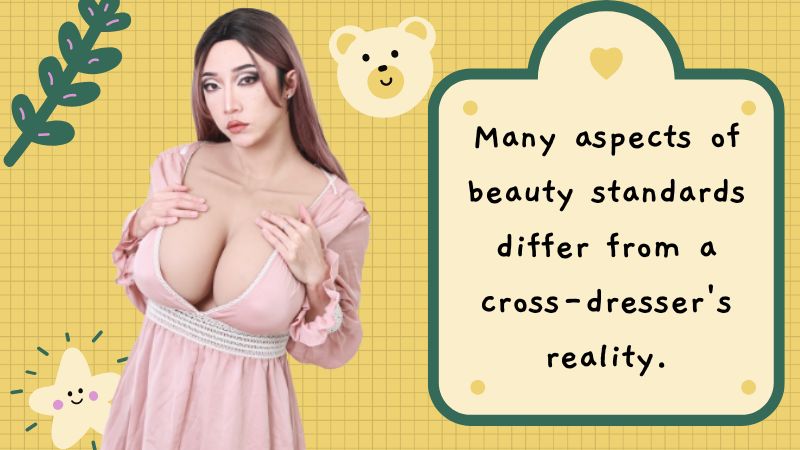 Many aspects of beauty standards differ from a cross-dresser’s reality. They end up shaping several aspects of our journey as well. But as resilient as we are, we can always overcome such adversity. I’ll talk about the effects of these standards on the journeys of cross-dressers. If you’re curious, make sure you read it till the end!

How Do Beauty Standards Affect a Cross-Dresser’s Journey? hide
1. The effect on self-esteem
2. A matter of hair
3. Practicing makeup
4. The issue of fashion standards
5. The temptation to give up
6. Overcoming the difficulties

1. The effect on self-esteem 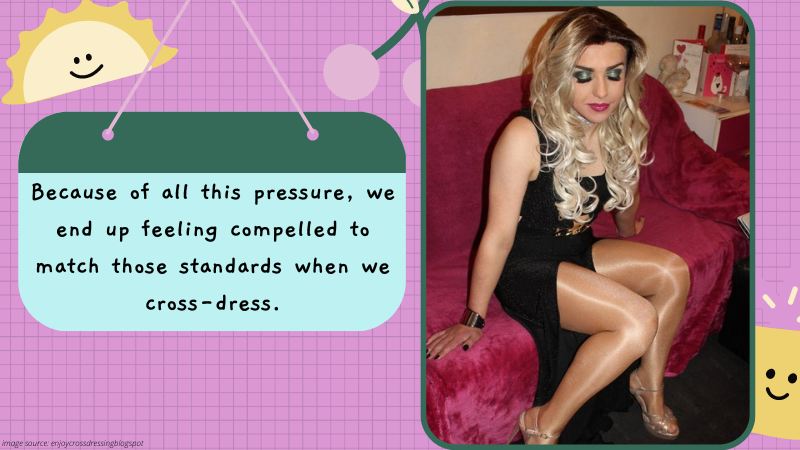 Because of all this pressure, we end up feeling compelled to match those standards when we cross-dress. Sometimes, it even feels like our value depends on how well we pass or how beautiful society thinks we are. It is a messed-up line of thought, but we don’t get to choose. I mean, as its culture, we grow up to believe in it, and deconstructing these concepts is quite a difficult task. The result is a giant blow to our self-esteem, demotivational thoughts, and lack of will to cross-dress. What happens is that we keep comparing ourselves to unrealistic female beauty standards. They are almost impossible to achieve for cisgender girls, let alone male cross-dressers. Very few of us are lucky enough to resemble what society expects women to look like. And even those individuals have lots of insecurities. Subjecting yourself to the effects of said standards is bad, but most cross-dressers go through this kind of situation. And because of that, it’s common for us to have low self-esteem. 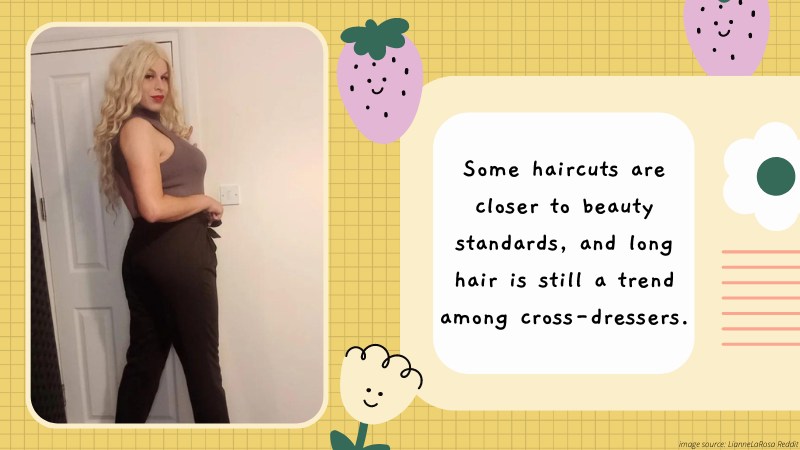 Haircuts are becoming genderless with time, as women start to use short hair and some boys let theirs grow. But still, some haircuts are closer to beauty standards, and long hair is still a trend among cross-dressers. Luckily, we can solve that without much trouble by wearing a wig. Quality ones are expensive, that’s true, but basic wigs can do the trick for beginners. Still, there’s another issue when it comes to hair. I’m talking about body hair, such as that which grows in our legs and arms, as well as beards and mustaches. These are often seen as a flaw in women’s beauty standards but are desirable for masculine ones. Because of that, many cross-dressers can’t decide whether they shave or not. Most of them end up sharing, as the pressure regarding body hair is lower for men. Still, Shaving for the first time is usually a landmark in their journeys. Some have to come up with excuses, while others hide their shaven legs with pants for a couple of weeks. Body hair grows back fast, and cross-dressers often catch themselves buying supplies of razors and shaving cream. The ones with more attention to detail also invest in moisturizers to keep their legs looking feminine and smooth. What I mean is that it can be pretty expensive to fit inside those standards. 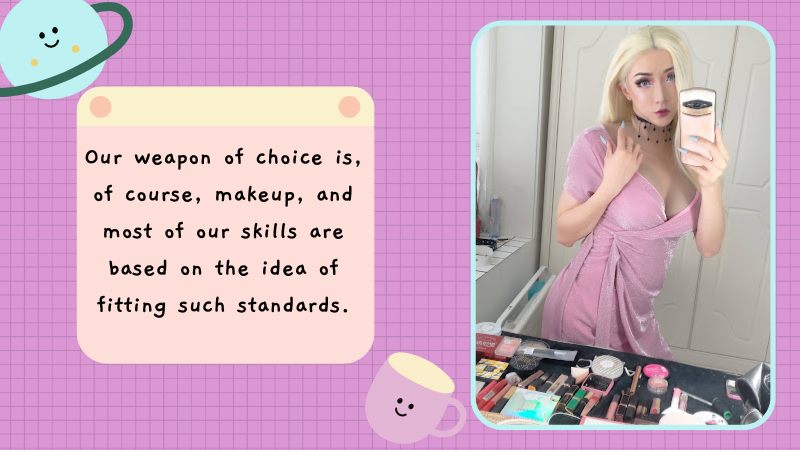 Women’s skin is expected to be soft and clean, and their faces round and slender. And once again, biological differences make it difficult for cross-dressers to achieve such a look. Our weapon of choice is, of course, makeup, and most of our skills are based on the idea of fitting such standards. As a result, we spend years practicing and perfecting our makeup skills. That’s so we can make our facial features more feminine according to these standards.

4. The issue of fashion standards 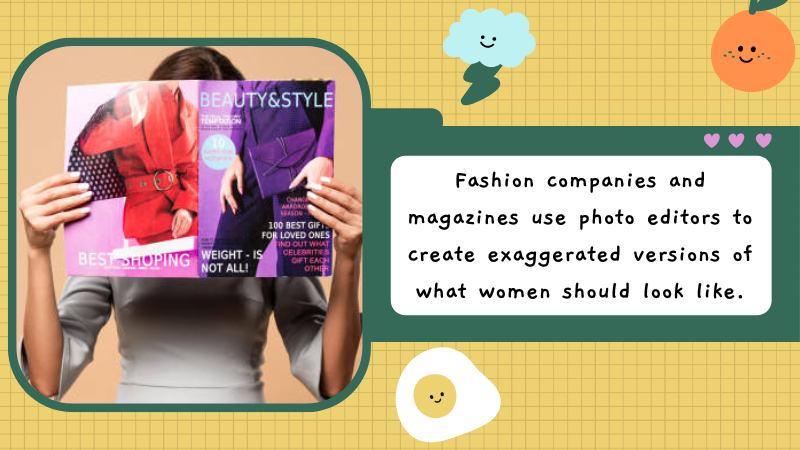 If it isn’t clear already, the issue is that such standards are unrealistic. Fashion companies and magazines use photo editors to create exaggerated versions of what women should look like. These standards are completely fabricated to sell diets, surgeries, and all kinds of cosmetics. The problem is that it makes the beauty industry something for the rich, as few people can afford all of that. The general public ends up unable to match the standards and suffers from all the unfortunate situations I’ve mentioned above. It’s a risk to their mental health and causes cross-dressers to seek something impossible to happen. They become discontent with their bodies because it doesn’t fit the idealized standards. But in the end, everyone suffers from similar issues to some degree. It just happens to hit cross-dressers extra hard.

5. The temptation to give up 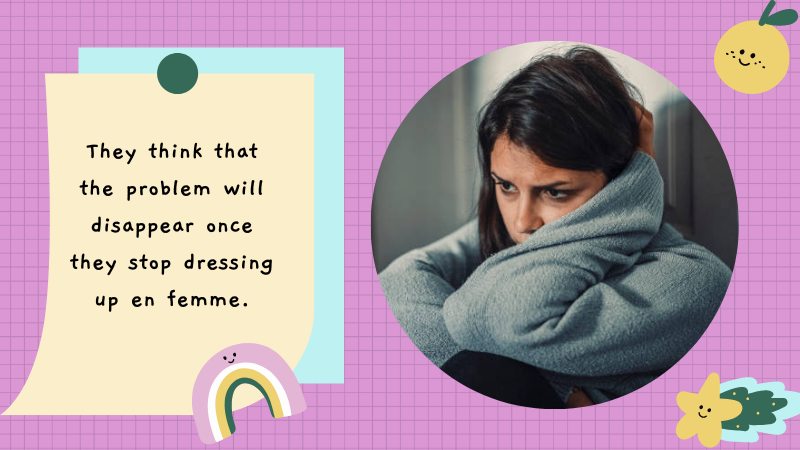 Being unable to achieve such unreal goals may cause cross-dressers to lose their will. They no longer have fun while dressing up since they feel like that’s in vain. And because of that, they consider giving up and quitting cross-dressing altogether. It really depends on the person’s mental state at the time, but sometimes it can be tempting. They think that the problem will disappear once they stop dressing up en femme. This is not the case, as things tend to become way worse. If they give up, they’ll lose one of their few reliefs and enter a state of abstinence. Whenever they look in the mirror, they’ll feel displeased and miss the feeling they got when they used o cross-dress. So this is not the solution at all. 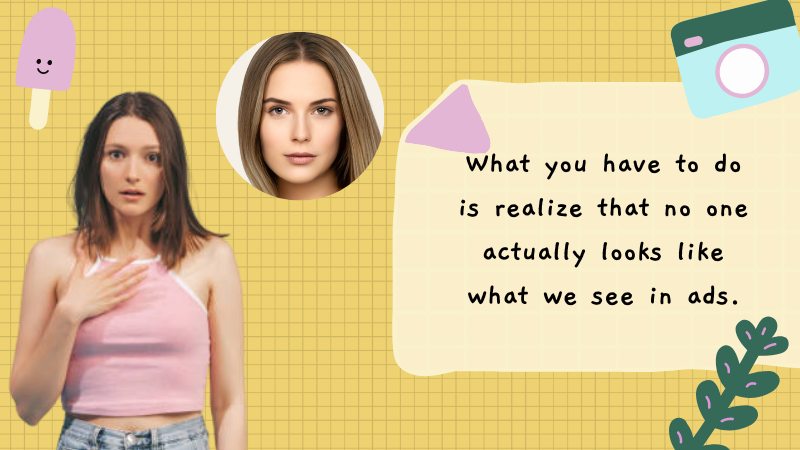 Cross-dressers have to be strong-minded and resilient to overcome that. But most of them are, by nature. What you have to do is realize that no one actually looks like what we see in ads. Most people on tv also have an SFX team working with them. Allow yourself to be flawed, as that’s what makes each one of us unique. Seeking perfection, when it’s idealized and unreal, will only do harm. It’s a difficult path, the one we have to walk. But once you do understand that, you’ll enjoy cross-dressing the most. You’ll do it for fun, instead of seeking unrealistic standards, 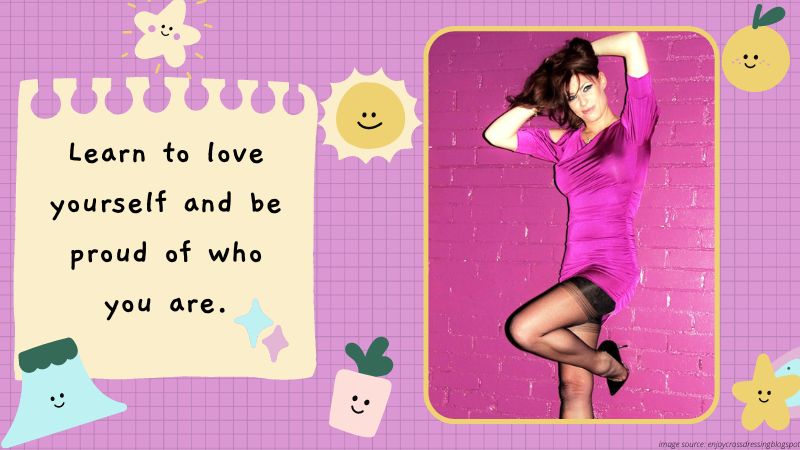 Beauty standards affect society as a whole, imposing parameters to judge how beautiful someone is. They are also different for each gender, causing cross-dressers and trans people to seek ways of fitting in desperately. But we can’t let ourselves be fooled by something impossible to achieve. It brings a lot of issues, and the best way to overcome them is to stop this useless pursuit. Instead, learn to love yourself and be proud of who you are. How have those standards affected your journey as a cross-dresser? Make sure to leave a comment and let us know!