Hello, lovelies! How are you doing today? Looking to chill with some movies? I’ve recently written an article on the best drag queen-related movies for you to enjoy. But I decided to let documentaries out and for good reason. Documentary films required a different kind of predisposition at the time of watching them. And drag queen documentary films can be harsh. 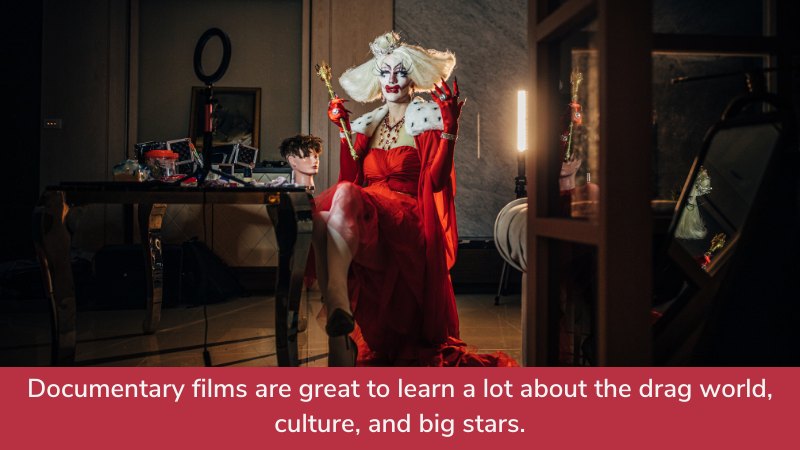 But not everything is so shady. Documentary films are great to learn a lot about the drag world, culture, and big stars. If you are looking to deepen your knowledge in this amazing universe, all of the following films are great for that purpose. Without further ado, let’s see what these movies are! 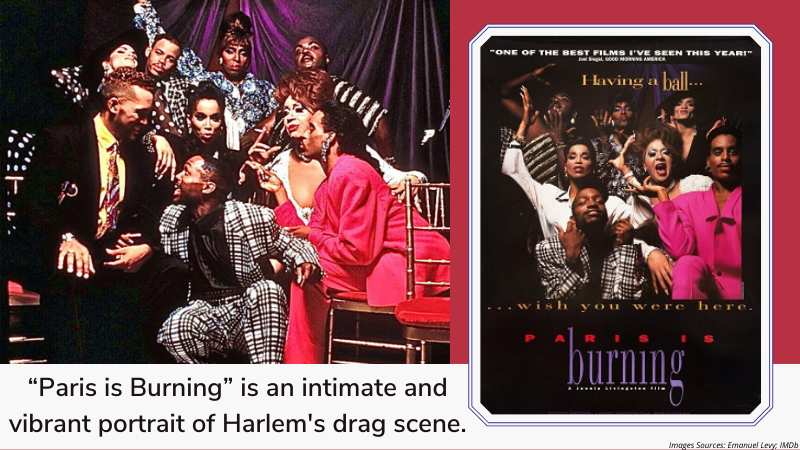 If you haven’t heard about this movie, it is time to give it a chance! This movie is directed by Jinnie Livingston and has been made over the course of seven years! This documentary depicts the drag life around the 80s in New York. It is an intimate and vibrant portrait of Harlem’s drag scene. It offers us an honest look inside this world and how the culture rose to today’s standards. As I mentioned before and you can imagine, this ain’t no joyride. This film also shows the horrible life standards drag queens faced during these times. A world full of transphobia, racism, and AIDS discrimination was hardly a welcoming environment to thrive in. If you are looking for a raw look into the past, this film won’t disappoint you. 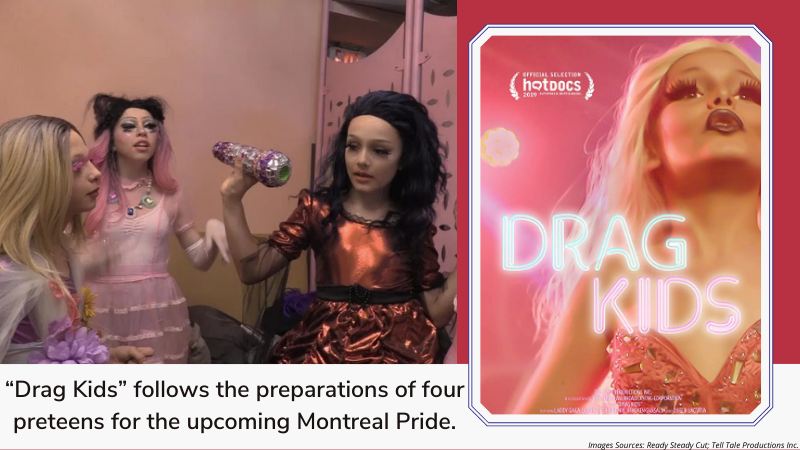 Let’s now go with a more cheerful choice. “Drag Kids” follows the preparations of four preteens for the upcoming Montreal Pride. Perfecting their lip-syncing skills and acting, these fierce kids sure are inspiring! One of the most wonderful things about this film is how the times are changing in contrast with the previous one. Even though there are still a lot of things to change, this proves some of the changes are going in the right direction. The director, Megan Wennberg, has a keen eye when capturing the support these children are surrounded by. A joyous celebration of diversity and self-discovery condensed into little less than 80 minutes. If you are in the mood for a more upbeat choice, this one will surely suit your humor. 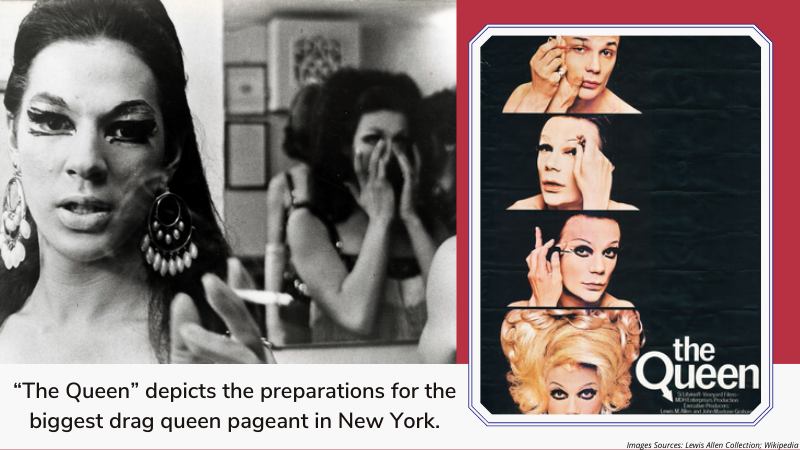 This documentary film depicts the preparations for the biggest drag queen pageant at the time in New York. Frank Simon guides us backstage in this merciless competition. We can appreciate how the camaraderie between the queens in the early stages becomes a savage rivalry as the pageant progresses. This documentary offers us an intimate look at the dressing rooms and stressful rehearsals. 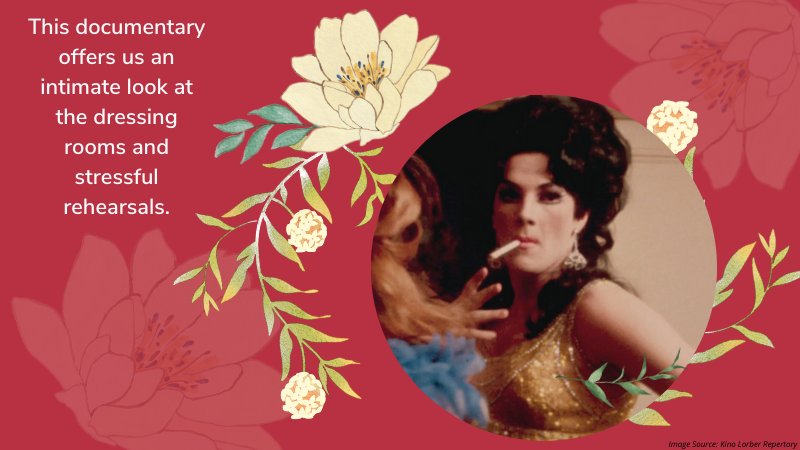 The contest in fact is the 1967’s edition of the Miss All-American Camp Beauty Pageant. From a humanizing point of view, this movie is great for those low-key days. Not too intense, but beautiful and entertaining to watch. Personally, I’m a big fan of the fashion of that time, so if you appreciate it as much as I do, I’m sure you’ll love it! A compelling movie that will have you hooked till the end to find out who the winner is! 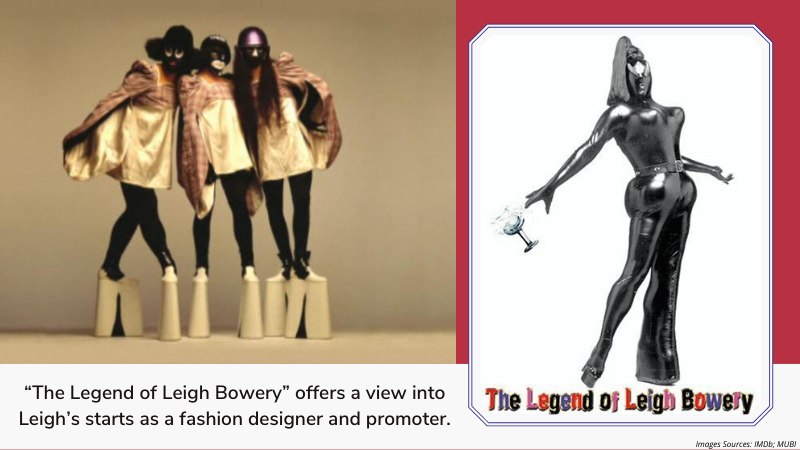 If you are from the British Islands, this name may ring a bell. “The Legend of Leigh Bowery” is a posthumous documentary film about the life and work of famous drag queen Leigh Bowery. He was born in Melbourne, Australia, but moved out to London where he carried out his life. A total icon in the 80’s London drag scene, he inspired many great artists of the time. 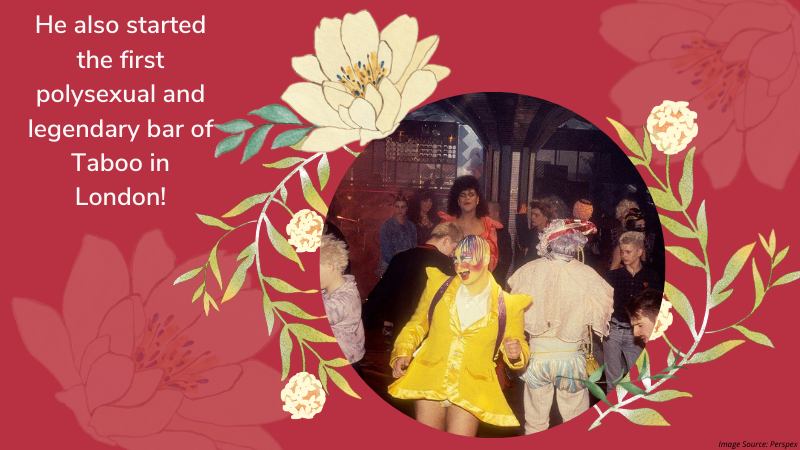 He also started the first polysexual and legendary bar of Taboo in London! The documentary offers a view into Leigh’s starts as a fashion designer and promoter. An outrageous and extreme personality that can be a great source of inspiration. He knew well how to be that for many! I find great joy in biographic pics of individuals ahead of their time. I’m confident that you will too! 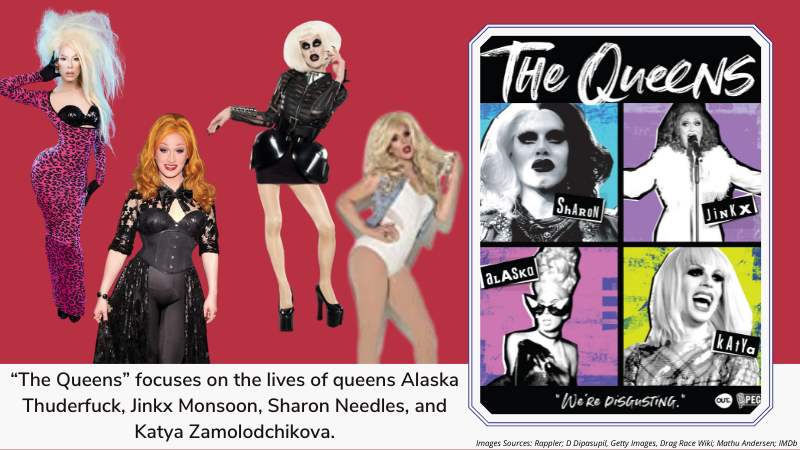 If you are a fan of RuPaul’s Drag Race, then you will adore this choice! “The Queens” follows the heels of four show contestants over a period of two years. If you’ve been wondering what your favorite queens were up to after appearing on the show, you can’t miss this one. This film focuses on the lives of queens Alaska Thuderfuck, Jinkx Monsoon, Sharon Needles, and Katya Zamolodchikova. If you love any of these beautiful queens, you will have a great time watching this one! There is also room for emotions, as we can see the lives of the gals from the inside and connect with them. A fun and emotional rollercoaster that will suit whatever mood you’re in!

These are my favorite documentary films on drag queens of all time! I’m sure you will love them too! I would love to hear what you think of them and if you have seen any! Also, please feel free to add your personal recommendation in the comments below. I’m a big fan of cinema and I’m always looking for good movies to watch in my spare time. I’m sure you all have something to add to my library! Hope you are taking care of yourselves! See you soon!