Why Did So Many Cross-dressers Come Out Recently?

In the last couple of decades, there has been a massive boom in the number of people coming out. Many consider themselves transgender or cross-dressers. Because of that, conservatives claim LGBTQ themes are a trend and will soon disappear. They are wrong, and trans people have always existed. But why do we see so many nowadays, compared to previous decades? 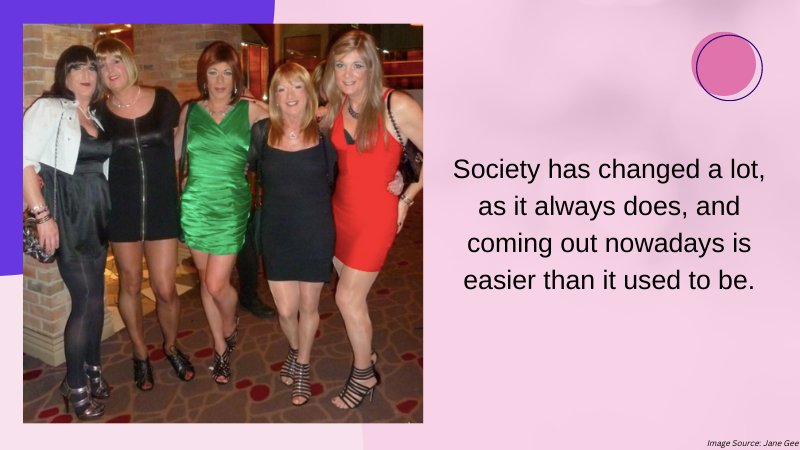 I’m here to explain that. Society has changed a lot, as it always does, and coming out nowadays is easier than it used to be. More people understand what it means to be trans. It Makes them more susceptible to accepting those differences. Besides that, today’s youth tends not to discriminate against cross-dressers. I’ll explain everything in this article, so feel free to read it! 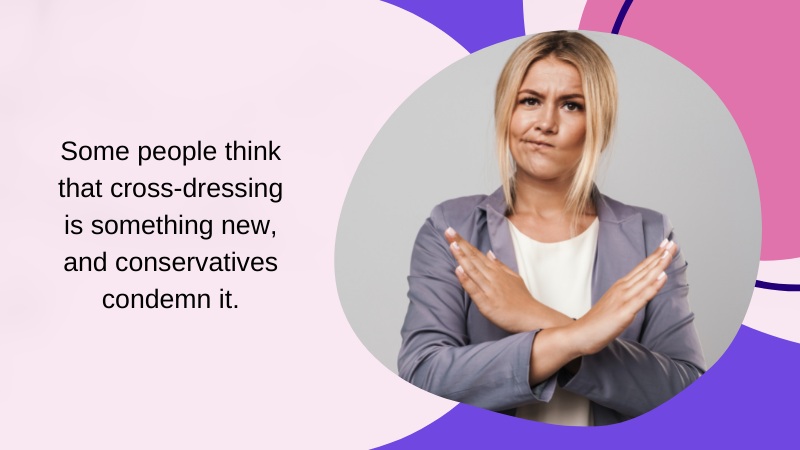 Some people think that cross-dressing is something new, and conservatives condemn it. They believe that LGBTQ people didn’t exist back then and thus consider it an abomination. This line of thought is completely wrong. It only exists because history has not been kind to cross-dressers. Ancient civilizations used to pursue all that was different. It had two significant consequences that made it look like we are a product of modern society. 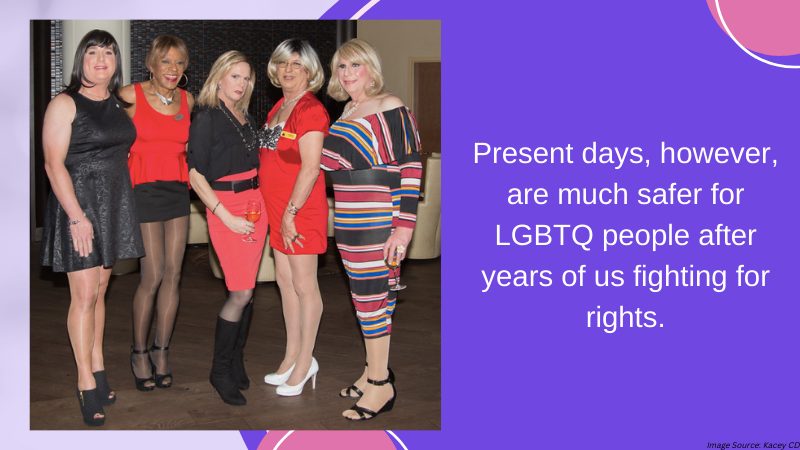 The first thing is that prejudice was substantial during the centuries between the middle ages and the 20th century. It forced people to hide their nature to survive or be accepted into society. No one would likely spot a cross-dresser in the streets since they did all that in secret. The second thing is that conservative historians used to misinterpret facts. Some even used to omit stuff from their registries.

These situations generated misleading statistics about cross-dressers and trans people. It was as if we didn’t exist in the past. Present days, however, are much safer for LGBTQ people after years of us fighting for rights. We flipped the table on them, and most countries know about our existence. But this increase in awareness makes conservatives think this is something new. 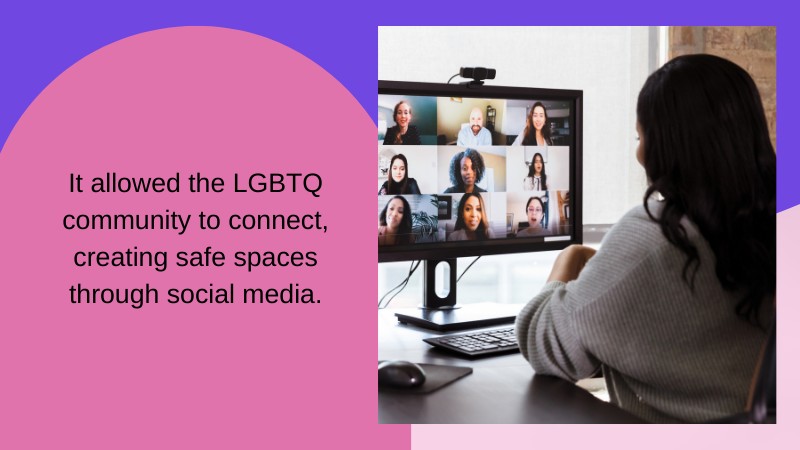 The internet itself was also a huge game changer. It allowed the LGBTQ community to connect, creating safe spaces through social media. We can now join groups and read blogs that discuss LGBTQ themes. It spreads awareness about stuff treated as taboo in conservative households. And many young cross-dressers wouldn’t be able to access this knowledge otherwise. 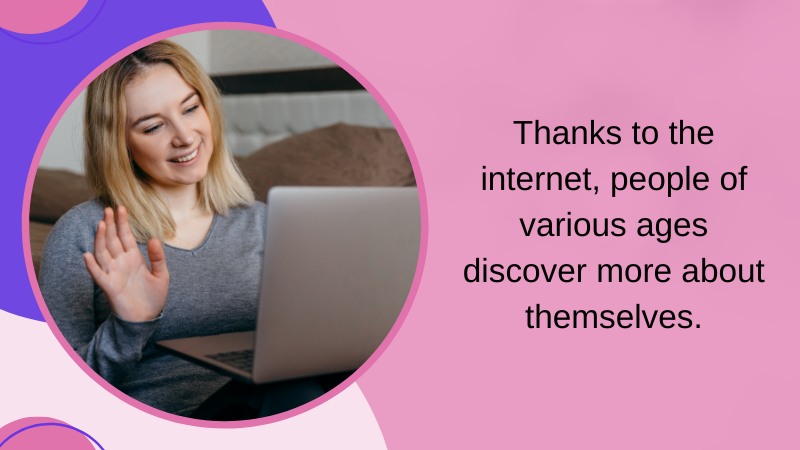 My point is that the internet is helping LGBTQ people to figure out who they are. They’re doing so faster than they used to, as it spreads knowledge. It contributes to the number of people coming out at a younger age, adding to the total statistics. There’s no way to be part of those numbers if you don’t come out, and fewer people did back then, let alone as teenagers. But thanks to the internet, people of various ages discover more about themselves. Some may come out as trans or cross-dressers. We perceive that the amount of young LGBTQ people is quite noticeable. We can see this in recent research, as some show that 42.7% of trans people in the US are young adults. They represent around 1.4% to 2% of the country’s youth compared to the estimated 0.6% in the past generations. 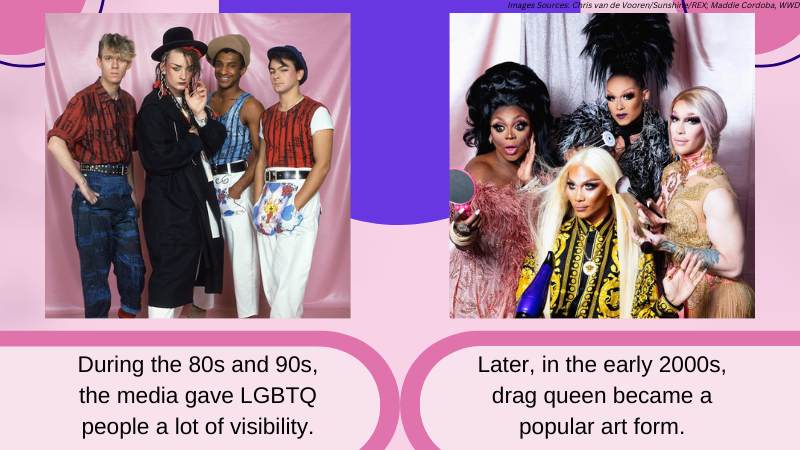 As I’ve mentioned, society has undergone many changes in the last 50 years, some of which were for the better. During the 80s and 90s, the media gave LGBTQ people a lot of visibility. It broke some taboos and promoted awareness. Later, in the early 2000s, drag queen became a popular art form. Simultaneously, cross-dressing started to lose its “humorous” stereotype. Also, the internet became available to the broader public during this time. It allowed the events of the previous topic to happen. 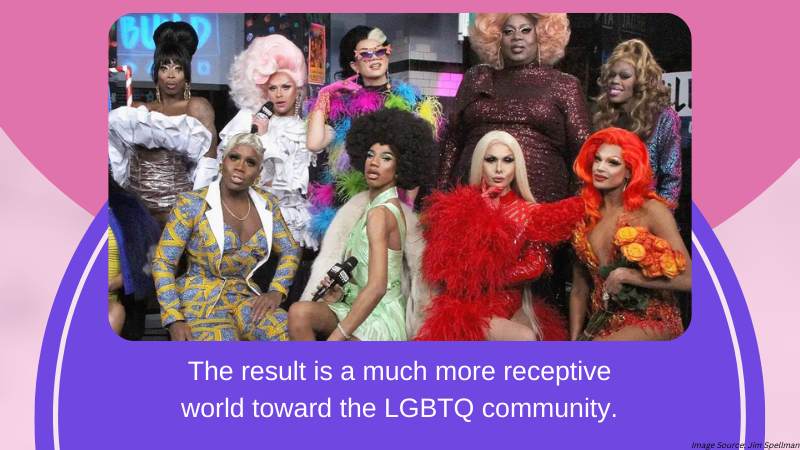 The generations of people born in the late 70s lived through that and thus are less conservative than their parents. They are also less likely to input prejudice into their children. The result is a much more receptive world toward the LGBTQ community. Many countries no longer criminalize us. It encouraged these people to be themselves and come out, as they felt safer. And of course, this demographic includes cross-dressers and transgender people. These people can now go outside presenting as someone of their true gender. 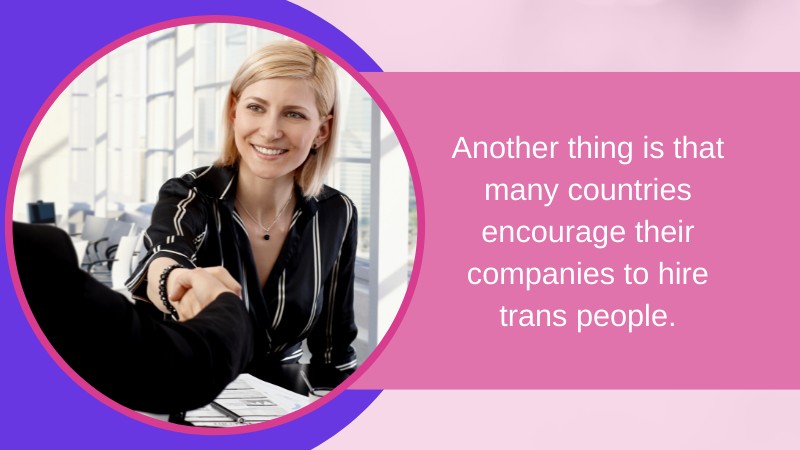 To give you a better context of what I’m trying to say, I must add a few examples of people and events representing these changes. The first thing that comes to mind is the regular pride parades that happen worldwide. Events promoting awareness and defending LGBTQ people would be a crime 50 years ago. But now they have become a tradition and part of our culture. Another thing is that many countries encourage their companies to hire trans people. Diversity is an essential political agenda, and public opinion seems favorable toward it. 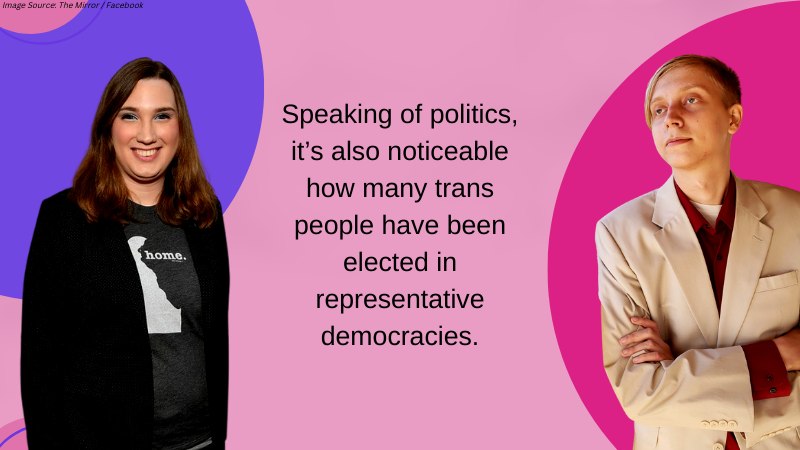 Speaking of politics, it’s also noticeable how many trans people have been elected in representative democracies. For the older generations, any sort of LGBTQ person in a position of power would be an unimaginable situation. Blaizen Bloom (non-binary, genderfluid) and Sarah McBride (transgender woman) are some recent examples in the US. But many other countries in South America, Asia, and Europe have some examples of their own. It gives us a whole new level of visibility and political representation. 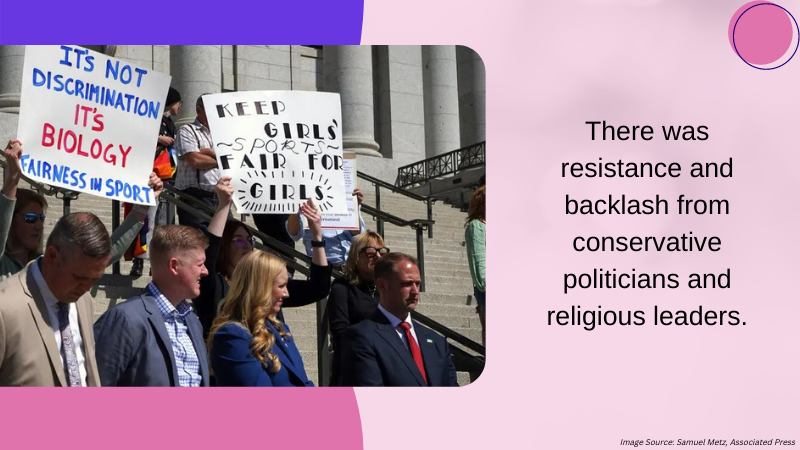 All of these events didn’t happen as smoothly as we would like. There was resistance and backlash from conservative politicians and religious leaders. Their interests represented the older generations. Such institutions tried to forbid gay marriage and approve anti-cross-dressing laws. In the united states, for example, some states prohibit parents from supporting their trans children. Some complicated access to hormone therapy and others legalized conversion therapy. This last one is even worse since conversion therapy treats “Being trans” as an illness that needs a cure. The rise in conservative power between 2016 and 2020 allowed them to attack us directly. So, they attempted to take away our rights. These actions are motivated by prejudice, discrimination, and religious zealotry. 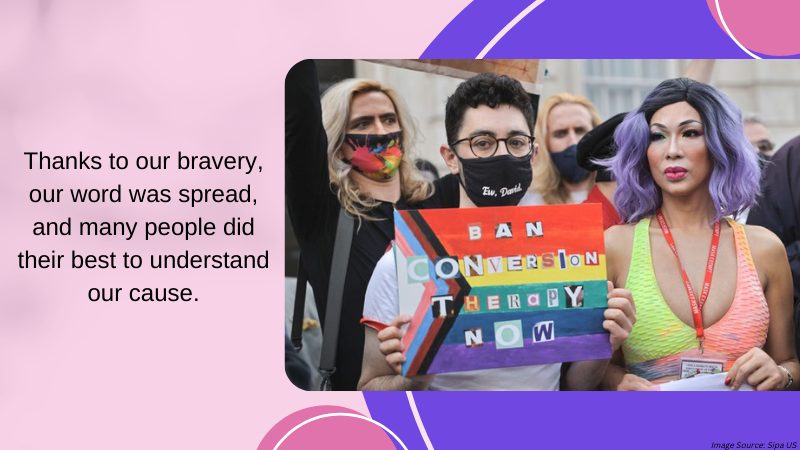 But they’ve failed in most countries since the international LGBTQ community fought back. In the last century, there have been many protests for our right to be ourselves, and we’ve achieved a lot. Thanks to our bravery, our word was spread, and many people did their best to understand our cause. We’ve gained many allies, and our victory resonated to this date. It wasn’t complete, as certain groups threatened to destroy all we’d conquered. But the improvements we made with time are undeniable. 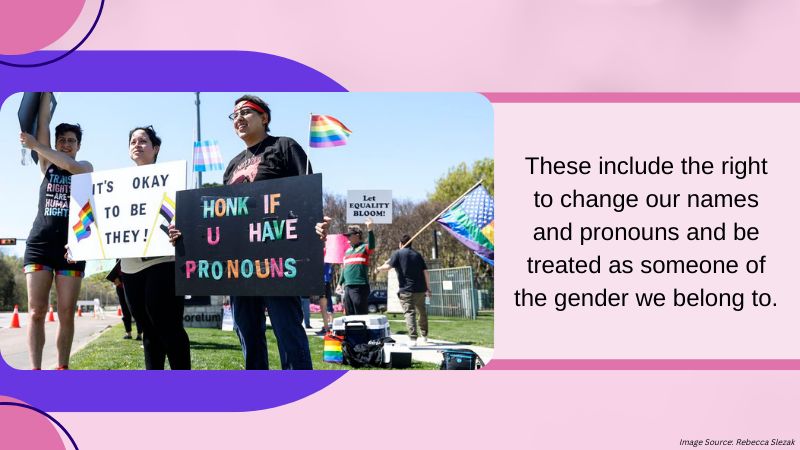 As such, our achievements are worth noting and defending. These include the right to change our names and pronouns and be treated as someone of the gender we belong to. Even the decriminalization of cross-dressing is a recent achievement. It allows our sisters to be themselves and reduces institutionalized discrimination. With time, more people start to see us without prejudice and accept us in their lives as we are. 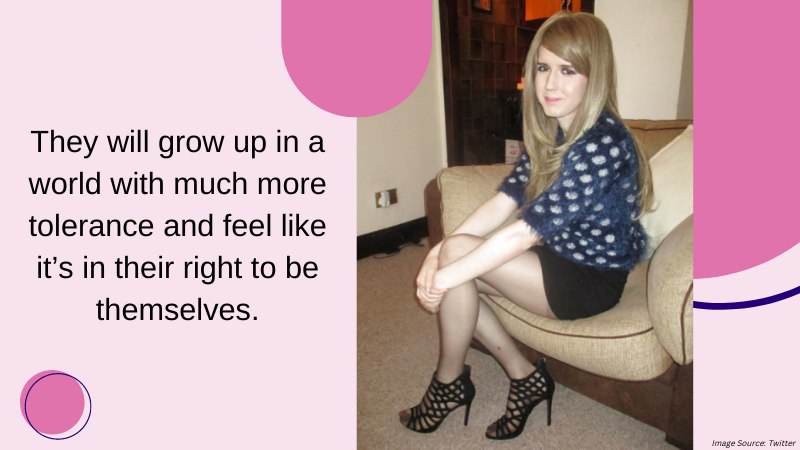 With each small achievement we make, we create a better future for the next generations. They will grow up in a world with much more tolerance and feel like it’s in their right to be themselves. It will be safe for even more people to come out, increasing the number of trans people and cross-dressing individuals. This will also be a new generation as we leave old prejudices and discriminations in the past. Part of belonging to the LGBTQ community is to build a better future for our kind. We work together with our brothers, sisters, and allies. 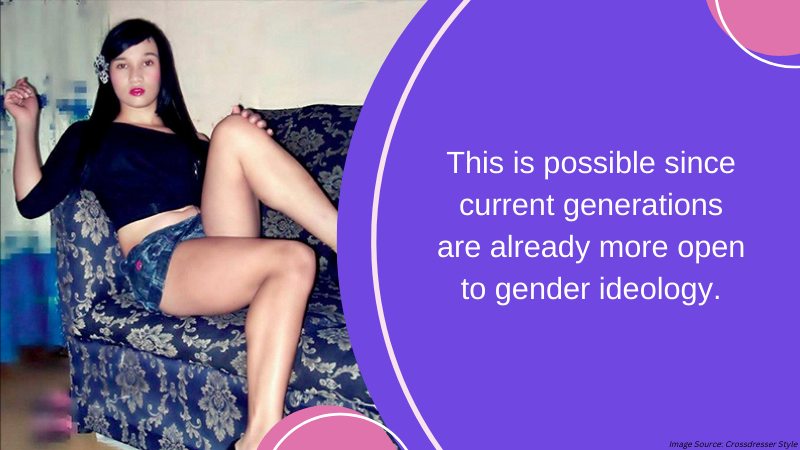 What I expect of this new LGBTQ youth is that they can grow up and enjoy life as much as anyone else. The new generations should be aware of their rights and feel no fear of being themselves. This is possible since current generations are already more open to gender ideology. Cultural changes and new means of communication promote awareness and reduce discrimination. We can already perceive the impacts of that. More people already feel it’s time to come out, creating that boom we saw in the numbers. And even though some people try to stop those changes, they seem inevitable. 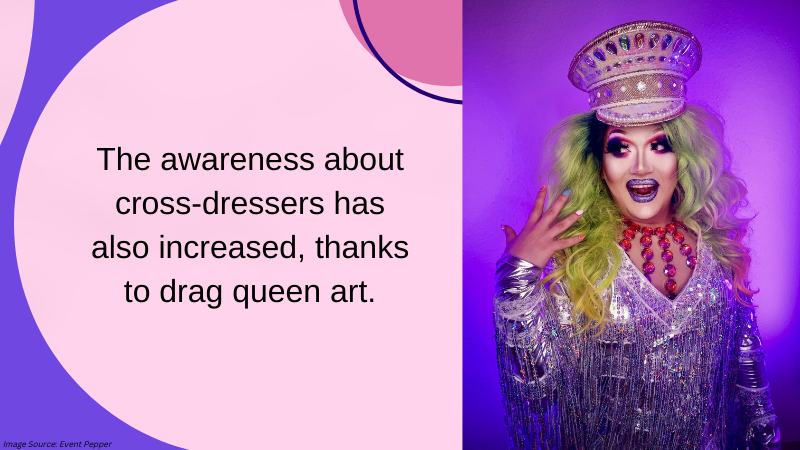 The existence of cross-dressers and trans people isn’t exclusive to the present day. This so-called boom is not an isolated occurrence. What happens is that nowadays, more people feel safe coming out. Our youth has access to lots of information about gender. The awareness about cross-dressers has also increased, thanks to drag queen art. It promoted a more significant representation in general. The media is starting to portray us more positively, giving us visibility. This is the difference between the present and past, as we no longer have to live a secret life. It provides the conservatives with the impression that we came out of nowhere. But we know it was a slow process in reality. Have you got something else to add? If you do, we would love to see it in the comments.